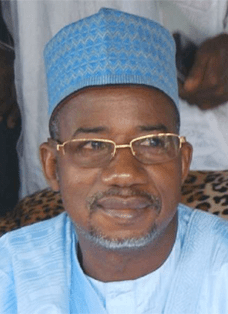 Education: He studied English at the University of Maiduguri (1979–1982), where he gained a BA. He joined The Democrat as a reporter in 1983, then worked in the public service as an administrative officer from 1984-2000. He worked in the Ministries of Internal Affairs, Solid Minerals, Power and Steel and Transportation and Aviation. He retired as Director of Administration in the Nigerian Meteorological Agency. He then served as a senior special assistant to Isa Yuguda of Bauchi State from 2000 to 2005. He was Director of Administration at the Nigerian Railway Corporation from 2005 to 2007.