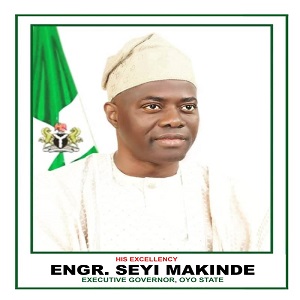 He was trained in Industrial Control Services in Houston, Texas in 1998; and Development of Analytical Competence at Lagos Business School (now Pan African University) in 1999. He studied Fundamentals of Crude Sampling at Jiskoot Auto Control Training Centre, Kent England in 2002, and Understanding and Solving Complex Business Problems at Massachusetts Institute of Technology, USA in 2005.

Seyi worked for Shell Petroleum Development Company for two years from 1990 to 1992 as a pupil engineer. Thereafter, he worked for Rebold International Limited as a Field Engineer and Assistant Manager (Eket operations) from 1992-1997 where he designed, installed, supervised and commissioned several instrumentation projects.

In 1997, Makinde established his first business, Makon Engineering and Technical Services Limited (METS), after working for five years (1992-1997) with various international oil and gas companies (IOCs), as the Engineering Manager. He is now the Group Managing Director of Makon Group of Companies.

Political Career
Engineer Seyi Makinde maintained that joining the PDP was not for personal gains but for the development of the State by finding lasting solutions to the array of problems facing the State.

On September 29, 2018, Makinde emerged as the gubernatorial candidate of the People’s Democratic Party (PDP) for the 2019 general elections for Oyo State, after polling 2772 votes at the primary election that took place at liberty stadium,Oke Ado in Ibadan.

On February 23, 2019, the Makinde led People’s Democratic Party (PDP) secured majority votes (515, 621) to record an emphatic victory over the ruling party, The All Progressives Congress (APC), during the General elections. Mr. Seyi Makinde was elected into the Office of the Governor of Oyo State at the 2019 Gubernatorial elections for Oyo State which held on March 9th, 2019.