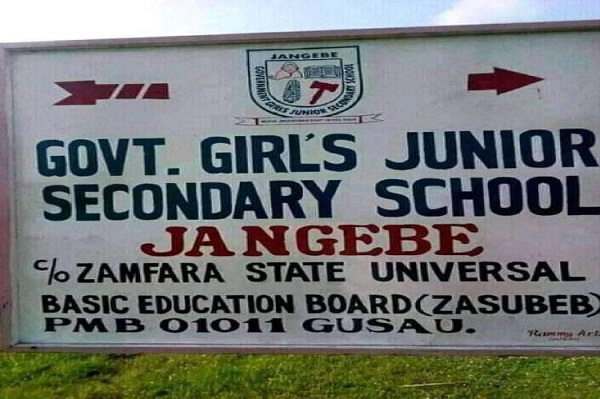 The students abducted from Government Girls Secondary School, Jangebe, in Talata Mafara Local Government Area of Zamfara State, are still with their captors, the state government has said.

Yusuf Idris, media aide to Governor Bello Matawalle, told PREMIUM TIMES at about 3 p.m. on Sunday that efforts were still ongoing to secure their release.

He made the clarification following media reports that the girls had regained freedom.

Mr Idris said the governor had just concluded a meeting with traditional rulers in the state at Government House, Gusau, towards ensuring safe return of the students.
The commissioner of police in the state, Abutu Yaro, also said the girls were yet to be released.

“I want to call the attention of the good people of Zamfara State, they should disregard any fake news regarding the release of the abducted students of GGSS Jangebe by one national daily. It’s not true. But, Alhamdulillah, the state government and securities are their trying their best,” he said in a short message he made available to our reporter.

The governor’s spokesperson, Mr Idris, also urged the public to ignore the media reports that the students had been released, calling on the parents and residents of the state to pray for the safe return of the students.

“The state government is committed for safe return of the students sooner or later, we should please exercise patience,” the official said.

PREMIUM TIMES had reported how the students were abducted Friday midnight.

The incident came about two weeks after 38 students and staff were also abducted from a school in Kagara, Niger State. Those abducted in Niger were released on Saturday morning.