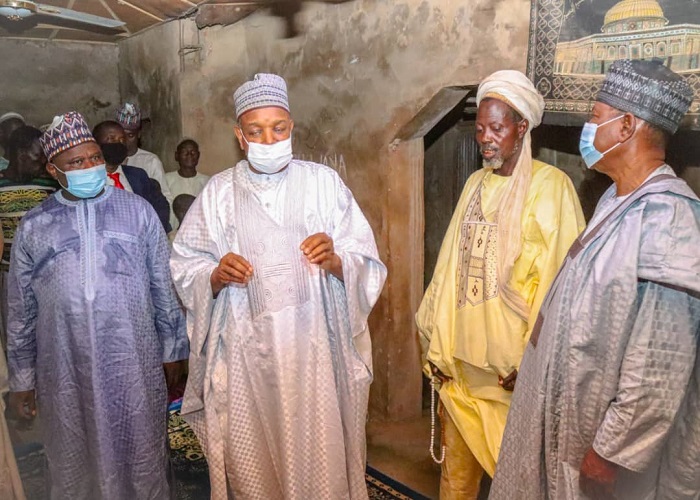 The Kebbi State Governor, Senator Abubakar Atiku Bagudu was at Rugar Gehuru village of Jega local government area of Kebbi State on Tuesday, to condole the families and residents of the village over the canoe mishap which claimed 8 lives in the river.

The unfortunate accident occured on Monday morning when the canoe conveying the locals from their village , Rugar Gehuru to Madaci village capsized, resulting in the death of seven women and a man.

Governor Abubakar Atiku Bagudu, accompanied by his Commissioner of Finance, Ibrahim Muhammed Augie and other Government officials was received by the Village Head, Muhammdu Abubakar Ubandoma, while the Chief Imam of the village, Malan Bala Mahammad, led the prayers for the repose of the souls of the deceased, as well as the prevention of the recurrence of such incidents.

Bagudu prayed Allah to forgive the deceased, grant them Aljannat Firdaus (Paradise), and give their families the formidable fortitude to bear the irreparable losses.

Bagudu who expressed deep shock, also consoled the residents and admonished them to accept it in good faith.

He also promised to rebuild the delapidated Mosque of the village, assuring them that, the state government would also look into the possibility of rehabilitating the road leading to the village.

The Village Head , Muhammdu Abubakar Ubandoma, thanked the governor and his entourage for the condolence visit.