Dr. Ziqrullah Giwa is the man that guided the NGF to its triumph in the Polio Eradication project which got Nigeria off the global polio map. It was according to him a long and bumpy ride that, however, ended well. The ES spoke to him on that memorable odyssey and sought his take on the way forward with the new Primary Healthcare Challenge project. 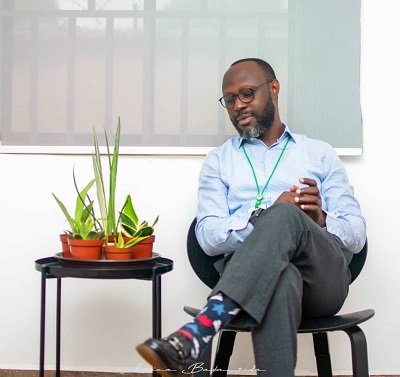 Please explain the Background of the Structure of Polio Eradication Activities of the NGF?

From that engagement, they came up with a communique where the Governors all agreed to eradicate polio. That communique became the foundation for the challenge.

There were incentives for leadership, where the media gave the best Governor of the Year awards but in the development space, this was the first of its kind. This basically meant that we were building everything from scratch.

The National Primary Healthcare Development Agency (NPHCDA) was saddled with the responsibility for supporting engagements across the states as well as working with other partners while the NGF had the key role of maintaining the secretariat while also handling the advocacy component.

We also had other stakeholders such as Rotary and UNICEF, but they didn’t play a major role as did the organizations I had mentioned.

For the secretariat, what we ensured we did was obtain the data from WHO. That data was going to be cross-referenced with the primary health care to ensure that there were no discrepancies.

Then, the secretariat would also reach out to the states for some data that was not provided but that was required for the challenge.

In the design of the challenge, we had criteria for recording Key Performance Indicators (KPIs).

There were about twelve (12) indicators that were a mixture of both process and output indicators.

There were three indicators for the Governors which required them on a quarterly basis to achieve the indicators.

One of the indicators was to have a visible and public engagement on polio. Another was for them to convey meetings of stakeholders quarterly, to meet with traditional and religious leaders and then the third indicator was to convey a meeting with stakeholders with individuals such as their local government chairman.

These were the three engagements that they needed to achieve. For me, that should form the bedrock of any future challenge that we have.

Again, at the subnational level, we all know that the Governors are critical in driving engagements and developments. The secretariat was responsible for conveying the data.

The World Health Organisation (WHO) was focused on programmatic data. This is data around vaccines and coverage.

How Do You Think the NGF can Advance Its Level of Performance to Cover a larger Spectrum of Healthcare?

For polio, people had different perspectives. Some felt that polio shouldn’t be isolated alone because the challenges that were being experienced around polio were largely due to the poor performance of the PHC.

Now, having a PHC challenge makes it worthwhile but because polio was a global challenge, it became a top priority. A lot of investments had been made. Nigeria has been trying to eradicate polio for over thirty years until the NGF took it up.

Now, it’s about having to focus where necessary and narrow down for outcomes. Also, there were some investments and concerns around polio and how the investment could have been diversified into PHC.

It is said that the reason why we had polio is because of the failure of the PHC so why are we not fixing it?

Having the polio challenge gave NGF experience in addressing issues, particularly around leadership. Now, I need to say that polio is just one of several vaccine-preventable diseases.

In PHC, we’ve got several components in terms of service components for PHC. We’ve got nutrition, antennal, and immunization under which polio falls. There are nine to ten vaccines on the schedule.

We’ve got maternal health and several other components as well as the human resource component. PHC is quite elaborate. It makes you realize that what was done on polio is just the tip of the iceberg.

Where do you think the Health Commissioners and the doctors at the State Level should Start tackling the Primary Healthcare Challenge in the six geopolitical zones?

Yes, doctors play a critical role but then, at the PHC level, particularly in the northern part of the country, we do not have doctors driving the PHC. In the southern part, we do have Doctors, but a lot of things are changing now with the PHC under one roof program.
Now, I see that heads of departments are Doctors but, in the past, in the north, you’d have someone with an environmental certification heading the department. Now, I see that states have Medical Doctors as heads of departments.

Now, PHC is a constitutional mandate of the local government and the states. With the PHC Under One Roof, we have been able to merge where both the human and service components have been put in the state and primary care development agency.

We now have the state primary care development agencies. When we were driving the polio campaign a few years back, we didn’t have that sort of structure. We have had to deal with local governments on one side and then the State Ministry of Health on the other.

However, you don’t want to isolate the States’ Health Commissioners because the commissioners have that leadership role and oversight on health as a whole and primary healthcare is only one component.

There are three tiers of health which are tertiary, secondary, and primary healthcare. However, we all know that Primary HealthCare is the closest to the people. For us to be able to drive this properly, there must be a sustained engagement with the commissioners as they are the ones that routinely engage with the Governors.

The state primary healthcare agencies that are supervised by the Commissioners are also critical and need to be engaged as well. These are the key actors other than the Governors.

One of the things that helped with the polio challenge was when all the Governors agreed that the Deputy Governors were to Chair the project at the state level.

Today, most of the Executive Secretaries of the Primary healthcare agencies are medical doctors and the heads of local departments are also medical doctors. This is a major milestone. So, the engagement on polio and prioritizing health has given PHC that subtle transition and engagement to have critical people in the position.

There is also the need to do a lot of engagements with partners at the state level because there are partners that are working on PHCs that are funded by some donors. It is also necessary to embark on a state-by-state mapping to know who the partners are and what role they are playing and how to effectively utilize them.

This matters because they are more likely to tell you the true situation of things as opposed to state appointees. The appointees are likely not going to want to say things that will show their Governors in a bad light. They would tell you things that they want governors to hear. However, when you reach out to the partners, then you’d get other vital and accurate information.

Are there any likely encumbrances that the teams on the PHC challenge should expect?

I believe that the PHC should have its own performance indicators. It is not enough to get data only. The Secretariat must go the extra mile. They must go to the PHCs and interface with people, and the workers and understand some of their challenges.

This matters because you would see some data that could have been cooked up to make a state look good. However, the reality is that the data is not a true reflection of the situation on the ground.

When you go the extra mile and you engage, then you are likely to hear some of the real challenges. Then you can corroborate with the report you have and what you have heard from the field. This helps the engagement to be able to make informed decisions. You have to be adequately informed to engage stakeholders effectively.

If you sit back in the office and wait for the information to be provided, you are likely to be misled. This is critical and the team that takes on the PHC Challenge must be aware of this.

At the State Level, with its notoriety for appointment on filial considerations, how do you think we can overcome that bottleneck? Can we obtain data anonymously?

One thing that I did was that I made them see NGF as a reference point. Everyone was comfortable coming to the NGF with their problems. That breaks barriers.

I know scenarios when government partners would call me and say they need help to get to the Governor. For the new team, it depends on how they position themselves. I positioned the secretariat very strongly.

For example, I had a situation in Sokoto State where the commissioner and the SA in Primary Health Care had challenges. Somehow, the SA seemed stronger than the commissioner.

In such circumstances, you needed to strike a balance and not be seen to be in favor of the SA over the commissioner or vice versa. One needs to be careful handling such situations because the information is always filtered out, and you’d have to stay away from local politics. You must maintain your role and state why you are there.

How can we table this and get the immediate buy-in of Governors and get their endorsement?

For polio eradication, we had a high-level engagement that was driven by the Minister and Bill Gates. Now, I don’t know what their motivation would be for them to come together.

In terms of the incentive, the financial incentive is not enough motivation for the Governors. If you want to really drive this PHC to a huge success, the political capital should be the overwhelming incentive and not money.

If there is someone at the global level that comes to drive this, it makes a difference. Having global recognition would be critical.

Also, the focus in the past was on the Governors but now, there should also be incentives for the Commissioners and the Executive Secretariates.

There should be some level of recognition for them as well. This is very important, and it would ease the trouble of the secretariat having to drive them. It would also put them on that scale where they are also trying to make a difference. To make the challenge a priority.

How did you present vital information to Governors?

For reports, I did a photo newsletter when I reached out to the states. When you engage the Governors, make sure you have evidence. Lastly, when discussing the PHC challenge with the Governors, other issues would have to step down. You don’t want to over-burden them with too many requests.