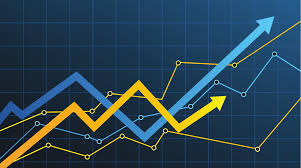 Osun State Government has reaffirmed its commitment to build a virile and robust economy that will be the pride of the citizens. The government said no stone will be left unturned to move from a civil service state to a regional commercial and industrial hub.

This was disclosed yesterday during a press briefing to herald a proposed Economic and Investment Summit in Osogbo.

Osun Economic and Investment Summit is scheduled to hold between November 19 and 21, where over 1,000 participants are expected to attend.

Addressing journalists, Chief of Staff to the Governor, Charles Akinola, who doubles as the chairman of the Summit Planning Committee, flanked by other members like the Deputy Chief of Staff, Abdullahi Binuyo; Commissioner for Information and Civic Orientation; Funke Egbemode; Commissioner for Economic Planning and Budget, Olalekan Yinusa and Special Adviser to the Governor on Education, Jamiu Olawumi, said the summit was put together in furtherance of the Governor Adegboyega Oyetola’s commitment to turnaround the socio-economic and political fortunes of the state.

He said the government was resolute to tap and properly harness the huge economic potentials and opportunities in the state to the entire world.

The chief of staff said the proposed summit was aimed at driving home the state’s development agenda, which primarily is to reposition the economy and deliver prosperity to the people.