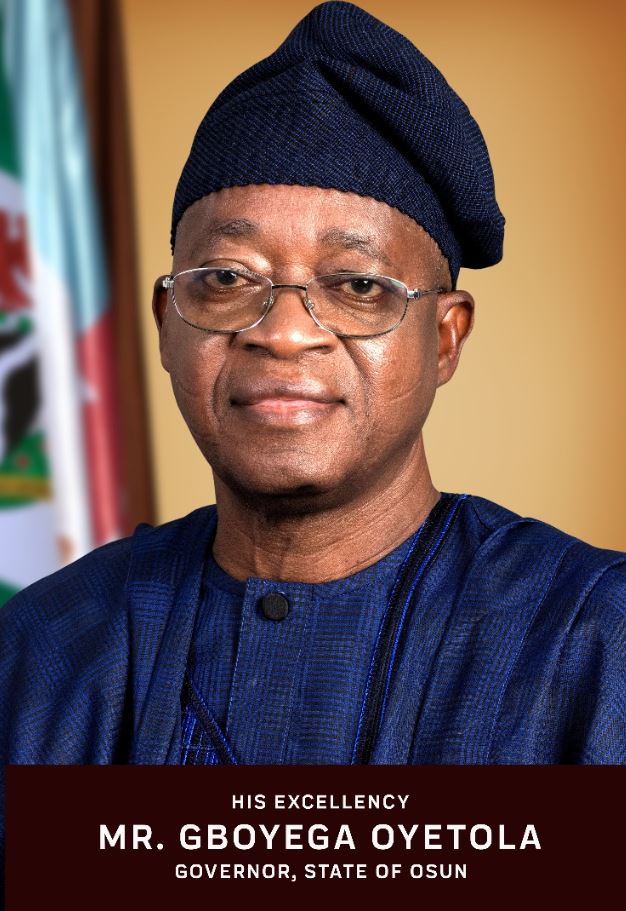 Adegboyega Oyetola (born September 29, 1954) is a Nigerian politician and Governor of Osun State.

In 1980, Oyetola joined Leadway assurance company Limited as an area manager and worked there till 1987 when he moved on to join Crusader Insurance Company Limited as Underwriting Manager between 1987 and 1990. In 1990, he joined Alliance and General Insurance as Technical Controller and served in that capacity until 1991 when he left the organisation to start his own company, Silvertrust Insurance Brokers Limited.

He was Managing Director since its founding until 2011 when he was appointed as Chief of Staff to the Osun State Governor, Rauf Aregbesola. Oyetola also served as Executive Vice Chairman, Paragon Group of Companies between 2005 and 2011. He was also Chairman of Ebony Properties Limited.

He had been a Director of Pyramid Securities Limited, until 2011, He is an Associate Member, Chartered Insurance Institute in London and Nigeria. He is also a member of the Nigeria Institute of Management (NIM).