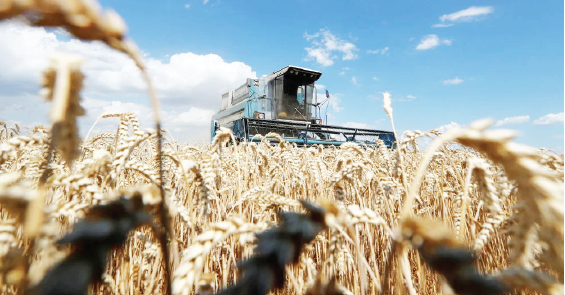 On February 24th, 2022, Russia invaded Ukraine, it was an avoidable war, but the whole world watched, leading to the most catastrophic refugee crisis since world war II, with more than 7.5 Million Ukrainians fleeing their ancestral fatherland, and about one-third of the whole Ukrainian population displaced. The infrastructural destruction is beyond human comprehension.

Global Food prices increased by 12.6% within the very first week of the Russian invasion. It is strongly believed in the agricultural circle that Ukraine can actually feed the whole world. The country boasts around 42 million hectares of viable agricultural land, it is already among the top three-grain exporters and a global leader in the production and exportation of soya beans and sunflower oil. The Russian/Ukrainian war has ignited the following, globally.

➢ Rising price of wheat, more than 45 countries, 18 in Africa depend on Ukraine for their wheat demands. Today, wheat is the most scarce grain in the international global agricultural market.
➢ The World Food Programme of the UN (WFP) also gets 50% of its annual demand for support to hunger-prone areas from Ukraine. The war has led to a drastic decrease in the support given to crisis-prone areas (both natural and Man-made) across the world.
➢ Fuel, a major export of both Russia and Ukraine has skyrocketed across the world, with the USA being the worst hit.
➢ Ukraine also accounts for more than 25% of the global Fertilizer demand of the world. No wonder, today a 50kg bag of NPK costs N30,000.00 in Nigeria, in the last raining season, the same bag was selling for N7000.00. this is going to cause a massive glut in agricultural activities in Nigeria and hence increased food insecurity.
➢ Ukraine is also a global supplier of seeds, especially organic seeds, the impact of this has already started manifesting globally, with a great shortfall of seeds.
➢ Ukraine also exports heavy-duty agricultural machinery especially tractors, a major product in the agricultural value chain recently, the chairman of the African Union, President Mackey Sall of Senegal was in Russia to lobby for softer restrictions on Ukrainian exports of particularly wheat to Africa.

The EU is also lobbying for the release of about 22 million metric Tonnes of wheat stored in Ukraine, presently. As for Nigeria, the almost 50% rise in the prices of bread, flour, pasta, and cakes, will continue unless an alternative to wheat is found, India, another great exporter of wheat has banned exportation for the whole of 2022, similarly, Indonesia, the largest exporter of sunflower in the world has banned exportation for now.

The solution lies in an urgent and speedy resolution of the Russian/Ukrainian crisis, and the whole world must rise up to this challenge.

The United Nations has a crucial role to play in this unpleasant impase, and the war is increasing not just hunger but also global food insecurity. Global security is directly related to food security.