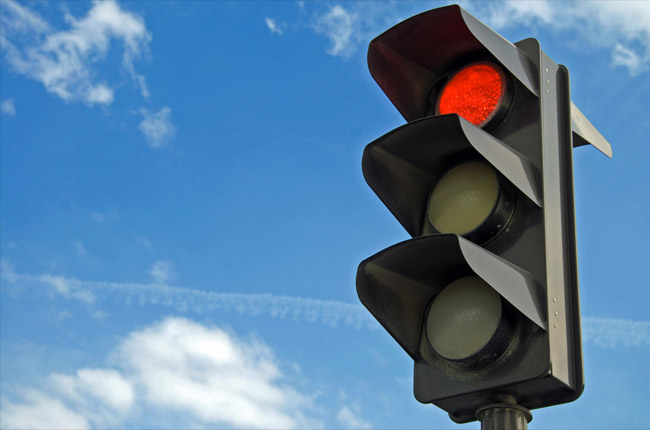 Lagos State Government has rolled out an e-inspection technology application to tackle traffic and vehicle documentation violations. The new effort, which takes fines to violators’ doorstep, will eventually ensure that only healthy vehicles are on the roads.

Imagine a return of the banned Vehicle Inspection Officers (VIOs) to all roads in Lagos State. Also, imagine that your location is not only captured by Google map, but that you are actually being monitored by VIO right on the road. What will you have done rightly?

You can no longer hide, so long as you ply Lagos roads. This is because technology will fish you out if you commit a traffic offence.

Some Lagosians have had a bitter taste of this technology. Some of them, Tiamiyu Mohammed, a Uber operator and Moses Adeife, a car owner, are among the hundreds, who have been caught by this technology deployed three weeks ago after a long period of test-runing to restore sanity to Lagos roads. Interestingly, offenders are rushing to pay their fines.

Deploying technology to drive traffic compliance is no longer a dream in Lagos State. If you drive a vehicle that is not road worthy on Lagos roads, or you drive with expired driver’s or vehicle licence, or you do not have hackney or inspection/testing permit, or any other documentation that authorises you to ply the roads, the sanity of your vehicle, you may be the next victim.

Gone are the days, when VIOs chase vehicles round the streets. That era stopped last year vide an executive order when Governor Akinwunmi Ambode ordered them to get off the roads.

Their presence, as it were, has been replaced by the Automatic Number Plate Recognition (ANPR) and Closed Circuit Monitor (CCTV) devices to track vehicle administration offences and traffic violations.

The VIS has these two categories all over Lagos. They are the fixed monitors, which are installed on all major roads and highways in all the 57 Local Governments Areas (LGAs) and Local Council Development Areas (LCDAs) and the mobile units installed on all VIO vehicles moving round locations not captured by the fixed units.

The feat, according to the VIS Director, Hafiz Toriola, an engineer, is the culmination of a three-year research, which has taken officials of the agency round the world to understudy the technology in other developed societies where such had been in use for decades.

It was also the crystallisation of the e-inspection and e-billing, launched last year by the Ambode administration. It is meant to use street cameras to identify vehicles plying the roads without valid documents.

Automatic number plate recognition according to Wikipedia can be used to store the images captured by the cameras as well as the text from the license plate, with some configurable to store a photograph of the driver.

The systems commonly use infrared lighting to allow the camera to take the picture at any time of day or night, with the ANPR technology taking into account plate numbering variations from place to place.

ANPR was invented in 1976 at the Police Scientific Development Branch in the United Kingdom. Prototype systems were working by 1979, and contracts were awarded to produce industrial systems, first at EMI Electronics, and then at Computer Recognition Systems (CRS) in Wokingham, United Kingdom (UK). Early trial systems were deployed on the A1 road and at the Dartford Tunnel. The first arrest through detection of a stolen car was made in 1981.

However, ANPR did not become widely used until new developments in cheaper and easier to use software were pioneered during the 1990s. The collection of ANPR data for future use (i.e., in solving then-unidentified crimes) was documented in the early 2000s. The first documented case of ANPR being used to help solve a murder case occurred in November 2005, in Bradford, UK, where ANPR played a vital role in locating and subsequently convicting killers of Sharon Beshenivsky.

Critics have described the ANPR as a form of mass surveillance. Concerns about the system centered on privacy as citizens feared that government was tracking their movements. There are also cases of misidentification, high error rates, and increased government spending.

How Does It Work?

According to toriola, both the fixed and the mobile variant, work by capturing vehicles at random and the details of the vehicle would run automatically through the various databases such as the Federal Road Safety Corps (FRSC), Motor Vehicle Administration Agency (MVAA), Police and the Nigeria Insurance Association (NIA) and the Lagos State Transport Department, all of which are already configured into the operating system, and instantly, a result of the vehicle’s compliance of violations would emerge. Where all details; such as road worthiness, vehicle licence, and for commercial vehicles; hackney permit, the Lagos State Drivers Institute certification (LASDRI) are in order, the vehicle is certified okay, but where one or more documents is invalid either because it has expired or not available, the system generates a fine/bill, which will first be sent as a text message to the offender, and the hard copy taken to the offender’s house address as captured on the data base.

According to Toriola: “In a case where we are unable to get the address of the owner, maybe due to relocation or as a result of fake address, we would blacklist the vehicle and flag it, so that we would begin to monitor it and enforce arrest and compliance anytime the vehicle gets back on our roads.”

He said the camera of either the fixed or the mobile units on VIO vehicles will take the picture of the vehicle, zoom in on the number plate of the vehicle and when the offence was committed. It will state the offence(s) and give the offender seven days to seek redress (in case of doubts) or payment.

The VIS Director said the agency has started billing offenders who have been coming to pay. “Most offenders were shocked at the level of sophistication and detailed capturing of their offences, which has rightly put Lagos alongside countries that are deploying the best global standards in driving its transportation architecture,” Toriola added.

He said from the back end, the agency can see any vehicle anywhere in the state, see its state of health and can put an off the road sticker on any vehicle delivered to the home of the owner of such vehicle.

He said: “We now have so many of these cameras on our roads across the state. And our message for now is that our people should obey the law and maintain their vehicle. They should get all the prescribed particulars for their vehicles and obey traffic rules and regulations. If they do this, they need not be afraid of this new innovation which is meant to drive sanity down our transportation system,”Toriola added.

Another revelation according to him, is that the device has exposed the cartel that runs a ring of fake vehicle particulars in the state. “The device is helping us to detect a lot of fake documents; such as fake driver’s licence, fake vehicle licence and fake insurance and road worthiness licence. Those, who fall victims of these are calling their agents and we are now hearing so many funny confessions.”

He said the ANPR would be complementing the computerised vehicle inspection system, which was rolled out last year, where vehicles can undergo comprehensive diagnosis, away from the manual checking, which VIS men, hitherto carried out, and the acquisition of the Magneto Optical Device, a technology, which helps in diagnosing any vehicle’s details.

According to Toriola, the future of seamless transportation in a state with above the national average of vehicular density. With the right technology, according to him, Lagos is moving away from manual inspection, testing and billing as electronic alternatives are being deployed and more loopholes which make the system dysfunctional are being identified and blocked.

Throwing his weight behind the innovation is a road safety advocate and founder of Safety Without Borders, Patrick Adenusi, who commended the state for blazing an uncommon trail. To him, the innovation ought to be a national agenda.

Adenusi said Lagos, in driving its transportation architecture with ANPR, was 35 years late. “It is the global best practice and one should say that it is not only Lagos, but all the federating states and the security system, including the FRSC, the police and other security agencies that ought to be on the system.

He said the system has attracted excellent ratings across the world in countries like United Kingdom, US, Canada, Switzerland, France, UAE, Germany, Netherlands and several others where it has been introduced because it has not only contributed significantly to curtailing traffic infractions, it has also helped to burst criminal activities, especially car thefts.

According to him, every vehicle like human being, has a name and identification numbers, which is called the Chasis number. He said though engine numbers may change, chasis number never changes as it is the identity of the vehicle. People can attempt to alter the vein number of stolen vehicles, but they are often exposed once they are captured by the ANPR device.

In the US, the ANPR is being manned by the police. As one passes a police patrol with such device, the police officer will just capture your number plate and input this on the software on his laptop or ipad and instantly all one’s details are available to him. Where one is not supposed to be on the road as a result of a violation; either of non-inspection, or carrying an expired document, he issues a bill and send same to one’s mailing address or phone number, same way that Toriola had stated that the VIS system runs.

He said: “If we are adopting the same thing in Nigeria it is excellent as it would help everyone to do the right thing.”

Adenusi observed that there are quite a number of vehicles operating in Lagos and across the country without valid papers. Citing the instance of a situation where a VIO had stopped a woman, who claimed she was a civil servant and works at the state’s secretariat, Alausa, but whose particulars expired five years before.

He added that a check of the military, para-military and other security personnel would also reveal that so many of them ride freely on the roads without any valid documentation. “They just did the initial registration and thereafter, you will see them fix stickers of their stations, either Airforce, Navy, Police, Army or any other security outfit and brazenly go about the violations in a who-dare-accost-me manner. Many would not even use seat belt and some would put their beret on the dashboard. But does being in any of these say you should flout basic laws that guarantees safety?” he asked.

He said though this kind of innovation is salutary, ensuring compliance of all categories of citizens without having sacred cows, will determine how successful it could be.

According to Adenusi, if we want the government to provide basic infrastructure that meets global standard without going aborrowing, one of the ways is to support this kind of avenue where only those, who are able to maintain their vehicles can only keep them on the roads.