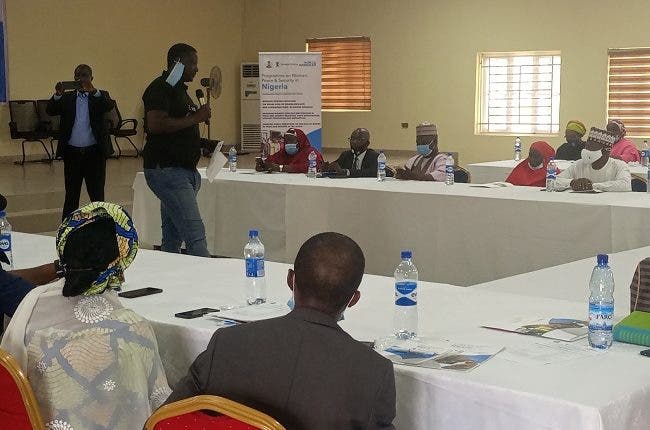 The Federal Ministry of Budget and Economic Planning has stressed the need for state governments in the country to ensure the full implementation of the various UN resolutions which are meant for the development of the country and its people.

The call was made in Bauchi on Tuesday by the Assistant Director, Head – United Nations Development System Unit in the Federal Ministry of Budget and Economic Planning, Mr Kalu N Kalu at the opening of a one-day programme on Women, Peace and Security in Nigeria held at the Command Guest House.

He said that since the year 2000 when the UN Security Council passed Resolution 1325, the Ministry has tried to see that same was domesticated in the country in order to ensure that Nigeria is moving on the same page being a member of the UN.

ccording to him, the issue of women and girls is a very important one that attracts attention globally considering that they are the most vulnerable in the society as they are exposed to various forms of gender-based violence stressing the need for the girl child to be adequately protected.

Kalu N Kalu also commended the UN Women, the Norwegian Government and other partners for the support given to the country in ensuring that the various resolutions were duly implemented assuring the Ministry will continue to support states in the implementation of the resolutions.

He then urged participants at the meeting to speak out, give their progress reports and recommendations which he said will guide and help the ministry in planning the implementation of the second phase of the programme when it eventually commences very soon.

In his opening remarks, Programme Coordinator with UN Women, Mr Peter Mancha said that already 15 states including Bauchi have keyed into the implementation of the UN Women program and have gone ahead to launch the implementation plans.

He added that the UN Women has been working with various partners including, Partners West Africa Nigeria (PWAN) and International Alert in the implementation process of the programme under the support of the Federal Ministry of Finance, Budget and Economic Planning.

Peter Mancha also said that the various States of Assembly across the country have collaborated in the passing of the Child Rights Act and the VAPP laws which he said when fully implemented will reduce the challenges facing women and children particularly the girl child.

The UN Women Programme Coordinator also said that the HeforShe program has been launched in order to ensure that men played active roles in the protection of the women urging the various implementing partners to come out with a road map for the implementation of the second phase of the programme which is expected to commence very soon.

The participants at the meeting who made presentations included Nigeria Army, Nigerian Police, NSCDC, Judiciary and partnering NGOs in the state.