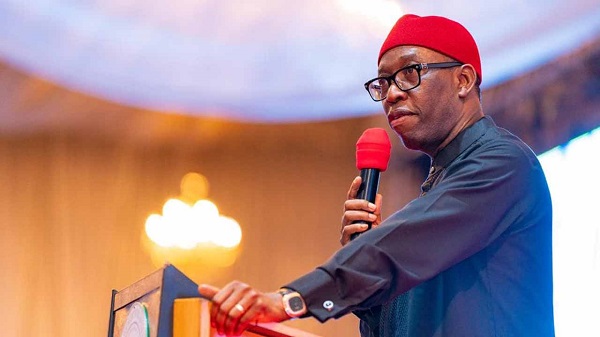 The 17 governors in the Southern part of the country under the aegis of Southern Nigeria Governors Forum will meet today in Asaba, Delta State, with insecurity and secession among issues forming the focal points. It is described as an emergency make or mar meeting for the future of the region and Nigeria at large.

Until now, many have wondered that unlike their northern counterparts with formidable alliance, the southern governors have not seen the need to network. There are nine Peoples Democratic Party (PDP) governors, seven All Progressives Congress (APC) governors and only one All Progressive Grand Alliance (APGA) in the 17 states.

At their last week meeting, the governors iterated the need for the unity of the nation amidst divisive tendencies threatening the survival of the country, especially the clamour for secession in the southern regions.

Though the details of last Tuesday’s meeting and agenda for today’s are still sketchy, it was garnered from sources that the resolutions at the end of the meeting today will harmonise their positions to stabilise the nation.

Though long overdue, the governors have been commended for the bold step of forging a common front in the south, towards helping to stabilise the country.

The Guardian gathered though, that there was a bit of resistance from one of the South-South governors, who used the opportunity of the virtual meeting held last week to express his grievances with the conveners, but reason and the dire need for unity prevailed.

According to a source, the attendance of all the governors in last week’s meeting showed the resolve of the governors to find a lasting solution to the present threat of insecurity, leading to calls for secession.

Only the Anambra State Governor, Willie Obiano, who is from the lone opposition party in the country, APGA, and Cross River Governor, Benedict Ayade, were absent from last week’s virtual meeting.

There were concerns last night that some reactionary elements may make a fast move to thwart efforts of the governors and make their good intentions counter-productive. Amongst other strategies forewarned, explicitly for a political meeting of that kind, is the planting of microchips at the venue to bug the proceedings, with some of the governors being fingered to play a spoiler role.

MEANWHILE, the Commissioner of Police, Lagos, Mr Hakeem Odumosu, has said his command is investigating the separatist group, Oodua Republic, and also the threat by the Indigenous People of Biafra (IPOB) to attack soft targets in the state.

Speaking at a security stakeholders town hall meeting, yesterday chaired by Governor Babajide Sanwo-Olu, Odumosu said: “The threat of IPOB to attack soft targets in Lagos is equally being put on the radar of the command’s intelligence gathering and other security services in the state. Strategies are being put in place to neutralize their activities.”

“The Command is using this medium to solicit for the support of all and sundry to be vigilant at all times and report any suspicious person or movement to security agencies. Let us adopt the slogan of when you see something, say something.”

Sanwo-Olu lamented that the state, in recent times, has recorded a worrying trend in cases of kidnapping, armed robbery and cult clashes. According to him, as the economic and commercial hub of Nigeria, the security of Lagos could not be taken for granted.

He said Lagos is not just home to the headquarters of the biggest companies in Nigeria, and to one of the largest stock exchanges in Africa, it is also the primary gateway for passengers and freight, in and out of the country.

“As we speak, there are several billions of dollars of investment ongoing in Lagos State, in real estate, transportation, manufacturing, services, agriculture, and several other areas. In recent times, we have recorded a worrying trend of nefarious activities in the state; from kidnappings, armed robbery, cult clashes and violent assaults,” he said.

The governor said the effect of the #EndSARS mayhem had contributed in no small way to the severely fragmented security architecture that “we have today. On our part, we have risen up to the arduous challenge of arresting this general state of insecurity with all the resources we have at hand.

“Why do I call this an arduous challenge? It is simply because we are constrained by the fact that security is not the exclusive preserve of state governments; the Nigeria Police Force and the Armed Forces are Federal Institutions, and we must therefore defer greatly to the Federal Government on issues of securing the state from both internal and external aggressive acts.

“We have also observed a worrying trend in which criminals have found commercial motorcycles a useful and enabling tool with which to perpetrate heinous crimes, with the motorcycles acting as quick-getaway vehicles,” he lamented.

The governor said no society could make progress amid such haughty display of lawlessness and criminality.

Also, Yoruba youths under the aegis of Yoruba Youth Socio-cultural Association (YYSA) Worldwide, have warned IPOB over alleged plans to attack soft targets in Lagos. This was contained in a statement signed by its National President, Olalekan Hammed, and made available to journalists in Ibadan, Oyo State capital.

Hammed said Lagos is not part of Biafra, hence the state should not be targeted for attacks. “We are hereby saying it unequivocally that IPOB should dare not attack Lagos and other Southwest states. Yoruba land is neither part of Southeast nor Biafra, why should any part of our region be their target?

“YYSA also implores youths across the region, most especially the OPC, Àgbẹ́kọ̀yà, hunters, Àmòtékùn, vigilante and other Yoruba militia groups to stay alert to resist any attempt by IPOB to attack Lagos and other Southwest states. We must collectively fight against external forces that have the motive of exterminating our economy,” he said.

BUT Nnamdi Kanu, IPOB leader, has denied the claim by the Lagos State police command that his group and another Yoruba nation body is planning to attack the state. Responding to the assertion by CP Odumosu, Kanu said that the allegation is a lie. Writing via his twitter account, the Director of Radio Biafra said: “The public is hereby notified that the allegations that IPOB is plotting to attack Lagos is a LIE. Lagos State CP, Hakeem Odumosu, who made the allegation, is a former Chief Security Officer to Tinubu and their intention is to fuel division between Yorubas and Biafrans. It won’t work. This is not 1967!

Click here to view the arrival of NGF Chairman and Governor of Ekiti State to the meeting.