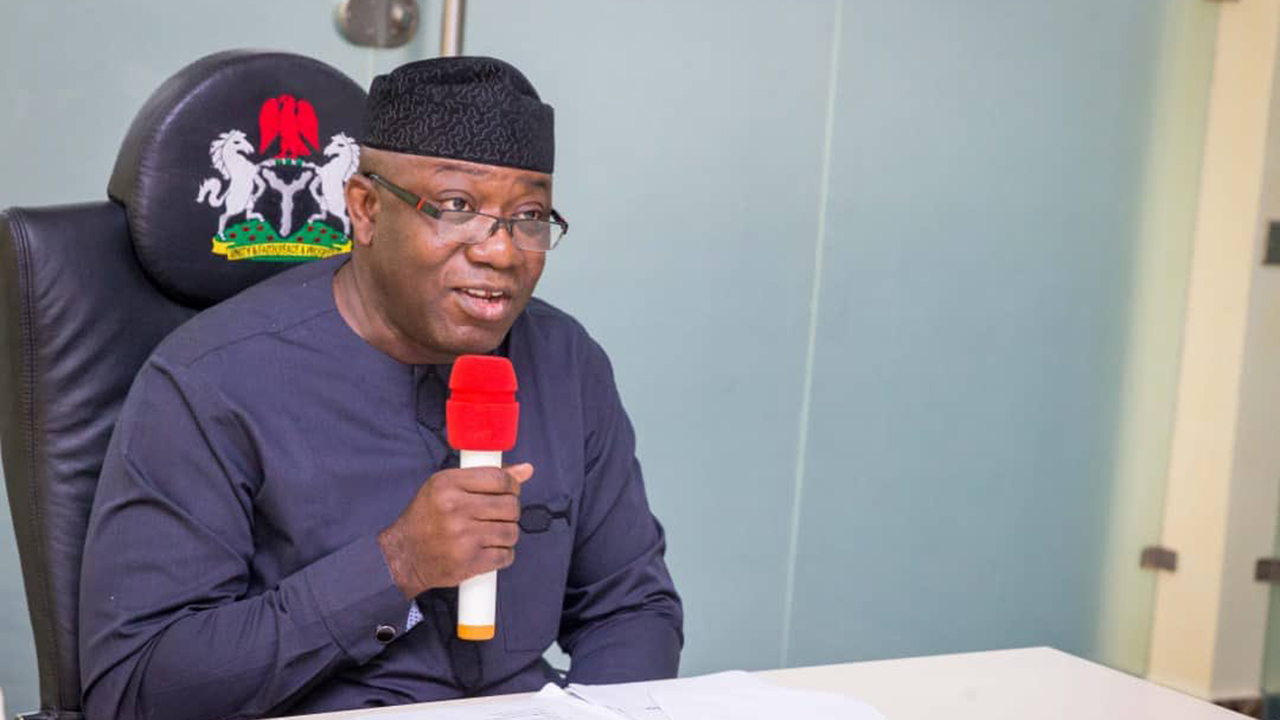 The Ekiti State Governor, Dr. Kayode Fayemi, has said the number of the military and the police in the country is grossly inadequate to effectively secure Nigeria which is a large country with a huge population.

The governor said this in the lecture he delivered at the Babatunde Oduyoye Annual Birthday Lecture in Ibadan on Tuesday.

Oduyoye, a former member of the House of Representatives is a Special Adviser to Governor Seyi Makinde on Politics.

Speaking on the topic, “Security and national unity in difficult times,” Fayemi, who is also the Chairman, Nigeria’s Governors’ Forum, said apart from using a kinetic approach to aim at tackling the problem of insecurity, social security should also be adopted.

The governor said Nigeria needed at least additional 200,000 personnel to boost the number of its security agents.

He said, “I believe one of the cheapest and fastest ways to handle this is to amend the law setting up the National Youths Service Corps such that we can use the existing orientation camps to train willing and able graduates to reflate the security personnel under a special arrangement that will be worked out.

“That way, the fund that is currently deployed to the NYSC can be used with just some additional funding which could be sourced through a national emergency fund for the next five to 10 years. Those who cannot join the military services can serve in their community without pay if we must still retain the NYSC for everyone.

“To incentivize those who may volunteer to serve, they will have a separate certificate and medal of honour in addition to having priority for military, paramilitary and civil or public service recruitment after service.”

Fayemi also said the multi-level policing would help the country to tackle its security challenges better, saying the governors would not stop advocating this until they achieved the desired result.