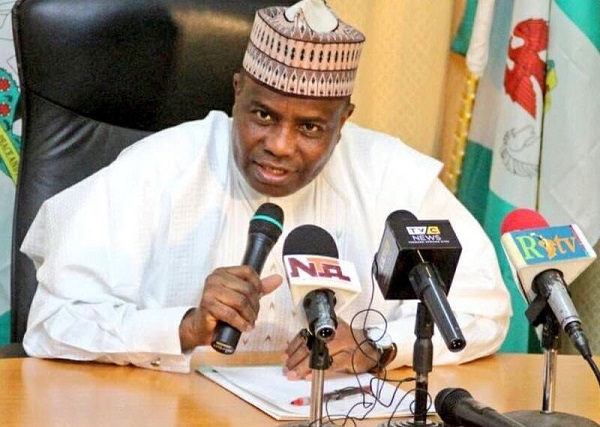 Sokoto State Governor, Aminu Waziri Tambuwal, was in Birnin Kebbi, Kebbi State, yesterday to sympathise with families of those attacked by bandits in Zuru Emirate area of Kebbi State.

The governor also announced a donation of N30million while he led a high-powered delegation to the Government House in Birnin Kebbi to condole with Governor Abubakar Bagudu and the people of the state.

It would be recalled that no fewer than 65 members of the vigilante group and 19 soldiers were killed by bandits in Sakaba and Kanya areas of the state this week.

The visit, he said, was also to commiserate with the people and government of the state on the ambush laid by bandits on the convoy of the Deputy Governor.

He said: “We are here to fervently pray for the repose of the souls of the deceased, as well as the speedy recovery of the injured persons.

“We also need to collectively pray for a divine end to the security challenges in the Northwest and Nigeria in general.”

Tambuwal urged the people to continue to cooperate with security agencies, as well as complement the efforts of the federal and state governments to combat the menace. He described the bandits as evils who are bent on causing destruction to lives and property, calling for unified and concerted effort to defeat them.

Responding, Kebbi State Governor, Abubakar Atiku Bagudu, said an attack on one is an attack on all. “We should collectively have all hands on deck to combat the security challenges,” he said.

By Ismail Adebayo,
This Day