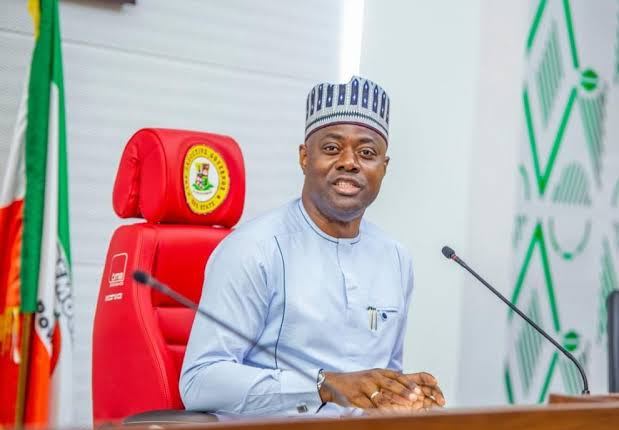 This is one of the most bandied about words around the political terrain of Oyo State in recent times. Members of the All Progressives Congress (APC) have made the term their identity marker and appropriate it to persons within their camp. Thus, they make it seem an aberration for a politician not in the APC to declare themself as a progressive. In reality, however, what makes a true progressive? The term “progressive” was brought into our political consciousness by the late Chief Obafemi Awolowo. In the era when the nation was divided into regions the late sage defined “progressive governance” as one built on the bedrock of service to humanity and the wellbeing and welfare of the people. “Progressive” meant putting “others” above “self” and it became the creed of the Unity Party of Nigeria (UPN) party. Through the years as the party changed names, the creed stayed the same. But it was not just about belonging to the party, politicians had to show in their daily decisions that they believed in the creed.

“Progressive” became a word for any leader whose priority was the growth of the citizens. The citizens had to be able to beat their chests and say they have benefitted from a progressive administration’s policies. Like Chief Awolowo, true progressives had to bring visible progress to the lives of the common man on the streets. It was about having a clear vision and succinctly executing that vision. Chief Awolowo’s progressive gospel was far beyond the free education scheme. In his time, healthcare was free, the first television station was established in Ibadan, the foundation of what was going to be the tallest building in Nigeria at the time was laid. Road networks were constructed and Teachers’ Colleges were built. All of these were done with a vision so succinctly communicated and executed. The late Chief Bola Ige was another progressive of note. In fact, he was a keen student of Awolowo and the ‘Principal’ of the Progressive think-tank which comprised the likes of Dapo Aderinola, Dr. Yemi Farounbi, Professor Tunde Adeniran, Femi Mapaderun and so on.

In 1979, Chief Bola Ige became the first democratically elected Governor of the new Oyo State. He towed the progressive line of Chief Obafemi Awolowo making education a priority, opening up the new State for business, thereby encouraging investors to come in and set up diverse business enterprises. Every citizen of Oyo State felt the positive impacts of his administration. The fourth republic gifted Oyo State with another progressive – Alhaji Lamidi Onaolapo Adesina, popularly known as the “Great Lam”. His time as governor of Oyo State ushered a dispensation that witnessed policies that uplifted the people. He made housing and car loans available to all civil servants including teachers. A teacher himself, he was committed to the betterment of the welfare of teachers and it was in his tenure that teachers got promotions, with some rising to become Permanent Secretaries. His administration also placed emphasis on healthcare – renovating primary and secondary healthcare facilities in the state, which many people benefitted from. In 2019, we witnessed a re-emergence of the elements that made the Awolowo-Ige-Lam era truly progressive. In His Excellency Seyi Makinde, Oyo State has been bestowed with a leader with a true progressive mindset.

As stated earlier, it takes a visionary to be progressive; Governor Makinde came into office with a vision, stated clearly his goals and spelt out how he intended to achieve those goals. He made education free and prioritized the payment of teachers’ salaries. He recruited more teachers and in order to motivate teachers, he promoted 16,500  in one go. The Ladoke Akintola University of Technology (LAUTECH), Ogbomoso, now has a breath of fresh air because Governor Makinde got into office and within a year took full ownership of the university. Efforts are being put in place to make it the leading state-owned university in the country.  The salaries of civil servants are promptly paid monthly and at the end of every year, the 13th-month salary is paid. These are efforts made to motivate the workers in the state.

There is great emphasis on agriculture and Governor Makinde’s administration is not relenting. With the establishment of the Oyo State Agribusiness Development Agency (OYSADA), agriculture is being set on the front burner of sectors which this government hopes to grow for the benefit of the people.  The economy of the State has been strengthened significantly. Despite the pandemic, the State witnessed astronomical growth in IGR to the tune of 26.4% between 2019 and 2020. Currently, Oyo State is the 4th richest state in Nigeria with an IGR of $16.12billion. Sports facilities around the State are being upgraded; strategic road networks are being constructed anew while some are being expanded. Transportation is being revolutionized with bus terminals being built across the city.  The list of things being done goes on and on; and every day, the citizens can directly feel the impact of the government’s policies on their well-being.

The purpose of this article isn’t just to sing the praises of the Governor of Oyo State but to evaluate the strides of this administration against the truly progressive minds who once led this State. After all is said and done, we are left with one question – How will posterity judge us if we fail to acknowledge that His Excellency Seyi Makinde is a true progressive?