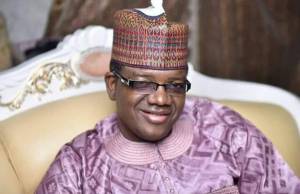 His Excellency, Zamfara State Executive Governor Hon. Dr. Bello Mohammed MON (Matawallen Maradun) has commended the contractor handling the construction work of Bungudu Local Government Governors Lodge for carrying out a very excellent work that will stand the test of the time

Conducting the Governor round the ongoing construction work Engr. Hudu Muhammad assured the Governor of his company’s readiness to execute the constractor according to the specification given and building standards.