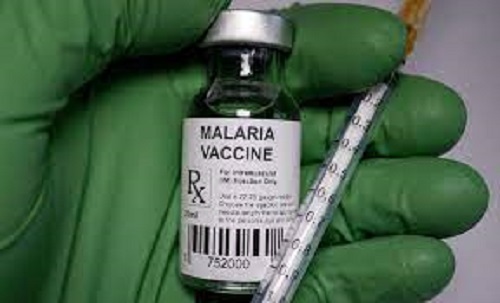 The World Health Organisation (WHO) has approved the first malaria vaccine in history. WHO experts concluded that the vaccine, Mosquirix, could save tens of thousands of lives every year, saying “the real-world test of the jab showed it prevented 30% of severe cases of malaria even in areas with high uptake of other measures, such as bed nets impregnated with insecticide.”

In a statement issued on Wednesday by the global organization, its director-general, Tedros Ghebreyesus, described the development as a historic moment.

“This is a historic moment. The long-awaited malaria vaccine for children is a breakthrough for science, child health and malaria control. Using this vaccine on top of existing tools to prevent malaria could save tens of thousands of young lives each year,” Mr. Ghebreyesus said.

WHO said the recommendation is based on results from an ongoing pilot programme in Ghana, Kenya and Malawi that has reached more than 800,000 children since 2019.

It added that it is recommending widespread use of the vaccine, which is tagged; RTS, S/AS01 (RTS, S) “among children in sub-Saharan Africa and in other regions with moderate to high Plasmodium falciparum malaria transmission.”

Malaria burden
Malaria, regarded as a life-threatening disease and caused by parasites transmitted to the people through the bites of infected female Anopheles mosquitoes, accounts for more deaths in Africa in particular.

According to WHO, in 2019, there were an estimated 229 million cases of malaria worldwide with Africa accounting for roughly 94 percent.

The global body added that in 2019 alone, an estimated 409,000 deaths from malaria were recorded globally with children under the age of five accounting for an estimated 274,000, amounting to 67 percent of the deaths.

“Malaria remains a primary cause of childhood illness and death in sub-Saharan Africa. More than 260,000 African children under the age of five die from malaria annually,” WHO said in its statement.

However, in spite of its endemic nature across some developing countries and particularly Africa, financial contributions for malaria control from these endemic nations remained poor.

According to WHO, the total funding for malaria control and elimination reached an estimated US$ 3 billion in 2019 with contributions from endemic countries put at a paltry 900 million dollars, representing 31 percent of total funding.

About the new vaccine
WHO said the key findings of the pilots on the use of the vaccine spanned two years of vaccination in child health clinics in the three pilot countries, implemented under the leadership of the ministries of health of Ghana, Kenya, and Malawi.

These findings, WHO listed, include delivery feasibility, saying it improves health and saves lives, “with good and equitable coverage of RTS, S seen through routine immunization systems. This occurred even in the context of the COVID-19 pandemic.”

The global body added that the vaccines also increase equity in access to malaria prevention by reaching the unreached, and that data from the pilot programme showed that more than two-thirds of children in the three countries who are not sleeping under a bednet are benefitting from the RTS, S vaccine.

WHO further stated that to date, more than 2.3 million doses of the vaccine have been administered in the three countries and that no negative impact on the uptake of bednets, other childhood vaccinations, or health-seeking behavior for febrile illness has been recorded.

“In areas where the vaccine has been introduced, there has been no decrease in the use of insecticide-treated nets, uptake of other childhood vaccinations or health-seeking behavior for febrile illness, and there has been significant reduction (30 percent) in deadly severe malaria, even when introduced in areas where insecticide-treated nets are widely used and there is good access to diagnosis and treatment,” the statement added.

The global organization also said the vaccine is “highly” cost-effective, noting that; “the next steps for the WHO-recommended malaria vaccine will include funding decisions from the global health community for broader rollout, and country decision-making on whether to adopt the vaccine as part of national malaria control strategies.”

Acknowledgment
WHO said the pilot programme had been mobilised through “an unprecedented collaboration among three key global health funding bodies: Gavi, the Vaccine Alliance; the Global Fund to Fight AIDS, Tuberculosis and Malaria; and Unitaid.”

It added that the vaccine is the result of 30 years of research and development by the pharmaceutical giant- GSK, and through a partnership with PATH, with support from a network of African research centres.

It also commended the Bill and Melinda Gates Foundation for providing what it described as the catalytic funding for “late-stage development of RTS,S between 2001 and 2015.”