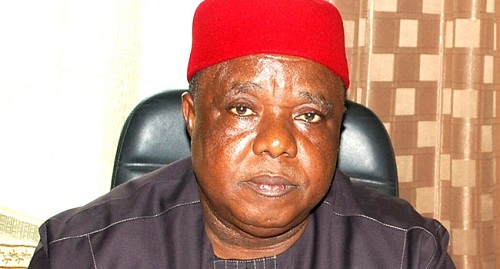 The Revenue Mobilisation Allocation and Fiscal Commission (RMAFC) has again reiterated that the proposed new revenue sharing formula will be fair, just, and equitable to the three tiers of government.

Chairman of the commission, Elias Mba, who spoke during an interaction with members of the Nigerian Guild of Editors, FCT chapter at the weekend assured that the new sharing formula will help address issues of poor infrastructure, ecological challenges, and the series of agitations for a review.

The RMAFC boss said revenue for the federal, state, and local governments as proposed by the commission is pegged at 52.6 percent, 26.7 percent, and 20.6 percent respectively.

According to MBA, the new revenue sharing formula is expected to be implemented by the end of 2021, before it would be submitted to President Muhammadu for onward transmission to the National Assembly.

The last revenue sharing formula was carried out 28 years ago.

“The commission has programmed to complete this review process by the end of 2021. I am glad to observe that the response so far from Nigerians is very impressive.

“On this note, I call on all Nigerians to be part of the current exercise by making relevant inputs that will enrich the exercise and give their unalloyed supported to the commission to achieve its desired goals,” he said.

He also said that the political structure of the country had since changed with the creation of six additional states in 1996, bringing the number of states to 36 while the number of local governments also increased from 589 to 774.

He added that there had been considerable changes arising from policy reforms that altered the relative share of responsibilities of the various spheres of government including controversies over the funding of primary education, primary health centers among others.

He said ecological challenges like global warming, desertification, flooding, and population explosion as well as the inability of the current vertical formula to adequately address the apparent mismatch between statutorily assigned functions and tax powers of each of the three levels of government informed the decision to embark on a fresh exercise.

Members of the RMAFC committee are made up of representatives from all 36 states and the Federal Capital Territory (FCT), as well as Mba who is the chairman.

Listed in the 1999 Constitution as one of the 14 Federal Executive Bodies, RMAFC was established to handle revenue allocation and fiscal matters on a continuous basis.

By Ikenna Okonkwo,
The BluePrint