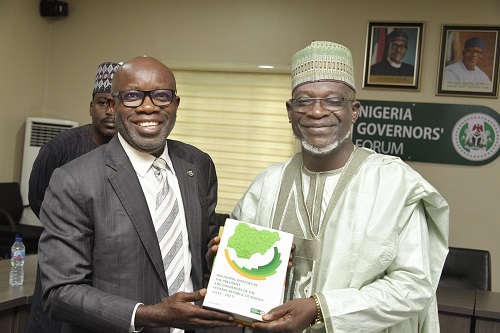 The NGF played host to Senator Muhammad Bima Enagi, representing Niger South Senatorial District at the Senate of the Federal Republic of Nigeria, and the Chairman of the Senate Committee on Agriculture.

The meeting was midwifed by the NGF Senior Agricultural Advisor, Professor Abba Gambo who said the meeting is aimed at addressing where NGF as a policy hub can partner with the NASS.

Professor Gambo further stated that as a policy hub, there are several areas of collaboration that would be mutually beneficial to the two parties and by extension the nation at large, there are also many other things that the NGF as the only platform in Nigeria that has the convening power of bringing all the governors together under one roof, can toss up to the front burner of national discourse.

During the meeting, several issues threatening the food security of Nigeria in the coming years were touched on, top of which was the activities of insurgents, bandits, and kidnappers who are not just threatening but killing farmers all year round.

In response, Senator Muhammad said that the issue of security is a cause for concern to everyone in this government.

“The government is trying to address the issues of security but there are security challenges everywhere such as in Mali and Niger and the majority of West Africa”, stating that the North-Central, West, and East are affected as well.

The Senator advised that “we must continue to talk to and support the government on these issues.”

Senator Muhammad agreed that there are issues of inconsistencies in government over the years and that is where he would like to bring the NGF in.

On the Federal Government’s inconsequential budgetary provisions to the agriculture sector, the Senator declared that there needs to be a common platform that monitors what is spent in Agriculture. 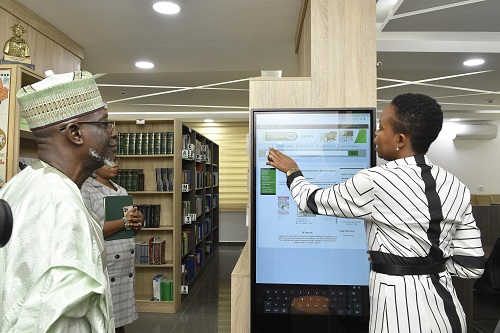 Overall, The Senator expressed delight with the opportunity to visit the secretariat and listen to the Director-General of the Forum explain the objectives and the role of the forum.

He thanked the NGF and assured it of their cooperation to advance food security in the country. He agreed with the Forum that the states are the most important entities in the agriculture sector hierarchy because states have the land and the farmers, not the Federal Government.

The man who facilitated the visit, Professor Gambo of the NGF, said he looks forward to a collaboration that would wipe away the tears of farmers, to allow them to realize the optimum of their produce, emphasizing that the challenges are with the farmers and the solutions can be found in the research institutions.

‘‘You can grant us the leverage of being the go-to guy between the states and research institutions and have all research findings shared widely for the benefit of the country,’’ said Prof. Gambo.

To solve some of the challenges in the agriculture sector, Professor Gambo said he would want to lean on the strength of the senate committee to convene a small stakeholder conference on rural development and infrastructure, to raise awareness of what is happening in the states and to allow farmers, including the rich ones and the peasant ones, to know where to go, to seek assistance whenever they are in difficulty.

Earlier, the NGF’s Executive Director of Strategy and Research, Alhaji Lateef O.T. Shittu, who is saddled with the responsibility of overseeing all collaborative projects of the Forum, and a grounded technocrat, had stated that some of the challenges around the agriculture scene revolve around policy flip-flops and inconsistency, advising that there is need to harmonize the policy framework currently in place.

‘‘There is a need to harmonize policies and bring them together to promote agriculture development in the country,’’ he said, adding that the federal government is only in charge of policymaking and funding of research in Agriculture.

Finally, he called for synergy amongst all the agencies to work together and talk to each other. 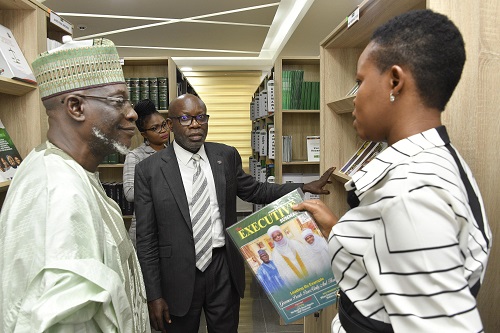 In his welcome address, the Director General of the Forum Mr. Asishana Bayo Okauru warmly told Senator Bima Enagi that he (the Senator) holds the record of being the first Senator ever to officially visit the NGF Secretariat.

Mr. Okauaru ran the Senator through the quality of Nigerians that the NGF is incubating and invited the Senator and any known associates of his, who are interested in fixing Nigeria, to approach the NGF with their ideas or initiatives and they would be welcomed with open arms.

After walking the Senator around the Secretariat, the NGF Director-General thanked the Senator for the visit before inviting him to a photo session.