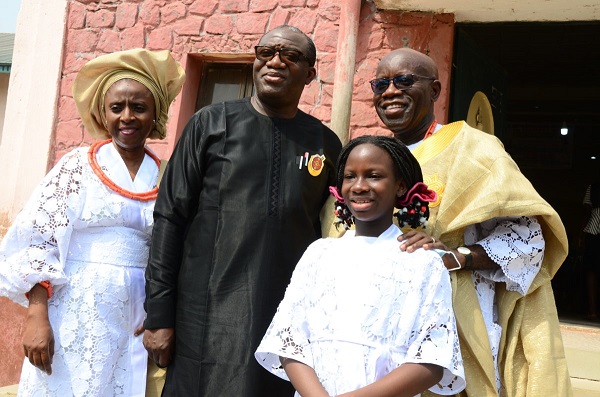 The Igarra community in Edo State, Nigeria’s South-south, saw an unprecedented burst of economic activities in the first week of January 2022 as people from diverse walks of life and from different parts of the country poured into the quiet community. They were there to celebrate the Director-General of Nigeria Governors’ Forum (NGF), Asishana Okauru, as he marked his 60th birthday.

Perhaps more fascinating was that the week-long activities, organized from January 4 to January 8 to mark the event, were solely for the empowerment of the community; a deviation from the usual partying for such events among Nigerians. 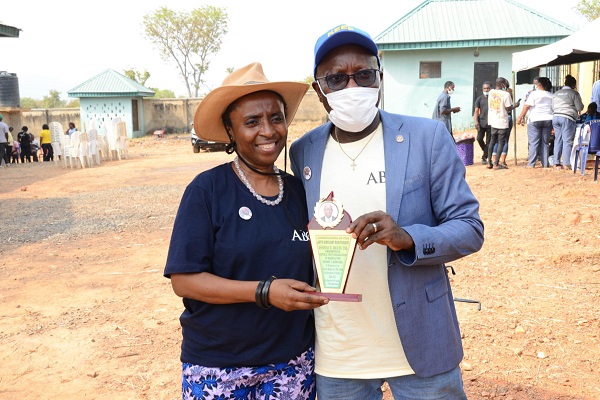 For Mr. Okauru, these programmes were planned for Igarra because, according to him, the community has helped him tremendously in his progress in life.

“The connection with my community is grounded well and I think that the fact that I was programmed to do a number of things within an environment that is ethical, played a huge role and as a way of giving back,” Mr. Okauru told PREMIUM TIMES.

“I am just trying to tell the youths that this is one way,” he added.

His wife, Ifueko Omoigui-Okauru, the former chairperson of the Federal Inland Revenue Service, said the activities were planned for the community as a means to thank God for the life of a dear husband.

Besides the guests who came to support him, his family and community people appeared to have bought into Mr. Okauru’s vision of giving back to society.

This was demonstrated on the first day of the event, with the crowd seen at his family house dutifully executing diverse roles – cooking, sorting accommodation, transporting guests from one location to another.

Till late into the night, almost everyone deliberated over the day’s activities and re-strategized for the next day, a ritual they continued till the last day of the event.

There was more. The following day, over 50 residents of the community freely volunteered to serve in several roles to make the events possible. 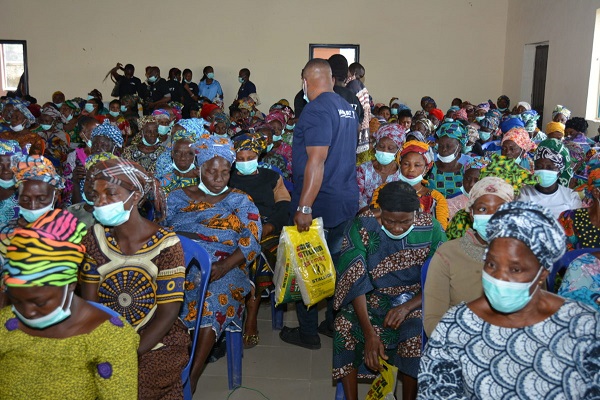 With this passion, the events commenced with donations of rice, oil, and other foodstuffs to over 500 widows and some other households. Similar donations were made to the general hospital and the primary health center in the community.

On another day, about 300 women sat through different sessions by about six resource persons who taught them how to develop and maintain a positive spirit, self-confidence, how to handle gender-based violence, and how to have a balanced life, between family and career.

They were also taken through the destructive effects of the drug, alcohol addiction, and gambling. 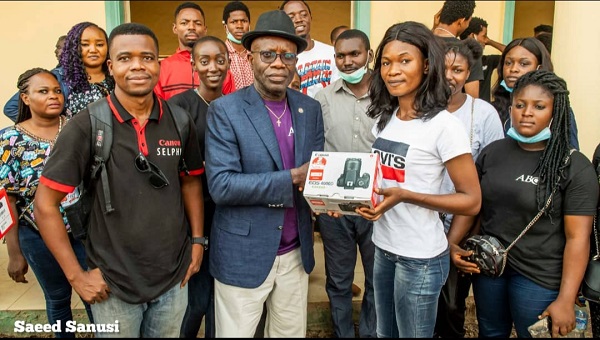 An award-winning photographer, Paul Odijie, through Mr. Okauru’s invitation, was there to teach the youth how to tell stories with photography. After the training, Mr. Okauru donated two cameras to the participants who were divided into two groups.

To round off the activities, the elderly and the youth received free medical check-ups by specialists, including surgeons, dentists, and ophthalmologists. There were 62 health workers and the medical mission lasted for two days.

There was a thanksgiving ceremony later, with the Ekiti State Governor and the Chairman of the NGF, Kayode Fayemi, and the Commissioner for Health in Edo State, Obehi Akoria, in attendance.

Another fascinating attribute about the Okaurus is their devotion to God and inclusivity as they invited both Christian and Muslim leaders to another prayer session.

Tributes and prayers for Okauru
Jimmy Imo, special adviser and Abuja liaison officer to the Governor of Imo State, said in the event that he is a mentee of Mr. Okauru.

He thanked Mr. Okauru for his mentorship over the years which he said has made him be where he is today.

Mr. Okauru’s daughter, Shana, said she appreciates her father’s love which she described as “gentle, kind and unconditional.”

She said she admires her father’s “leadership, optimism, perseverance, and humility” and that she cherishes every moment she shares with him.

Mr. Okauru’s Chief of Staff, Ayo Daisa, described him as a “philanthropist and humble person with a good heart.”

His niece and nephew, Ometere and Samuel Onyanna, reminisced the period Mr. Okauru stood by them when their mother died. They said they have been inspired by the man’s humility and generosity.

His profile
Mr. Okauru was born on January 7, 1962. He has two bachelor's degrees – one in Economics at Obafemi Awolowo University, Ife, and the other, a law degree at the University of Ibadan.

He also obtained a joint Masters’ degree in Business Administration and Information Science from North Carolina Central University and another in Public Administration at Harvard Kennedy School of Government.

He once worked as a cab operator and a security guard while pursuing different degrees and certifications.

Mr. Okauru previously worked at the Economic and Financial Crimes Commission, and also as a pioneer director of the Nigerian Financial Intelligence Unit, before he became the director-general of Nigeria Governors’ Forum.

He had the option of gathering powerful Nigerians, including state governors, to dine and wine with him in Abuja where he works and lives but chose to travel to his Igarra community in Edo to celebrate his birthday in a unique way with his people.

Such a mindset, according to family members, friends, and co-workers, speaks volumes of the kind of man Mr. Okauru is.