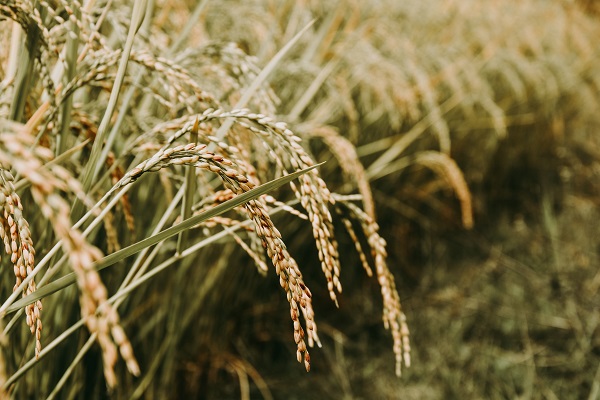 Nigeria Governors’ Forum hosted its Transforming Agribusiness Roundtable series on the Rice Value Chain on Monday, November 2nd. The Rice value chain roundtable is part of a series of engagements being undertaken to enable the agribusiness sector in Nigeria to achieve its potential in driving inclusive growth, creating jobs, reducing poverty, and improving food security and nutrition outcomes.

In Nigeria, several states have shown a high production of rice and opportunity for investments such as Kebbi, Benue, Ekiti, and many other states.
However, Mr. Chakib Jeanne from the World Bank discussed how local rice has not yet met domestic needs.

He said there is a need for coordinated efforts and constructive engagement to enable clarity and investment. “We need collaboration with the public and private actors, states, and MDAs,” he said.

Dr. Maigari Manzo of the Nigeria Agribusiness Group added that there needs to be more coordination amongst various tiers of the government.
That local governments are closer to the grassroots and have a key role to play.

“States are the most critical players when it comes to Agriculture and small-hold farmers are understates. We are looking at states that will be competitive with rice production,” he said.
Joining the discussion was Ms. Bisola Olusanya, Commissioner for Agriculture, Lagos State who stated that rice production dates as far back as 2008.
She said we are seeing an increase in production levels for Lagos. That Lagos is the largest market for Nigeria.

“We are putting out a call on partnerships with sister states where rice production is of a decent value.”

In addition, Hon. Maigari Abdullahi Dakingari, Commissioner for Agriculture in Kebbi State said that Kebbi is a real success story when it comes to rice production. That the economy has transformed through production.

“Rice in Kebbi State has performed well. Our homegrown rice is accepted, and our economy has been transformed for the better as we went out of recession,” he said.

Mr. Mghenyi from the World Bank made a presentation in which he compared Nigeria’s Rice Value Chain to that of Vietnam, elaborating on how Vietnam was able to lift people out of poverty.

He stated that it is aspirational for Nigerians if the right investments are made. The presenter emphasized that for Vietnam to be successful in its rice production, they had decided to be self-sufficient. Vietnam also had to focus on research and development.

Vietnam as of now has emerged as a global leader in agribusiness and a major exporter of several commodities and products that are important in Nigeria’s agribusiness sector.

In the presentation, it stated that in 2019, Vietnam has generated exports of about U.S. 3 billion from rice and at least US 1 billion from each of the following commodities such as cassava, cashew nuts, fish, coffee, tea, black pepper, and rubber.

The access to remunerative export markets has been beneficial for Vietnam and led to increased returns to investments in agribusiness, jobs created in agribusiness value chains, raised the income of farmers, and increased foreign exchange earnings and public revenues.

“The rise in agricultural wages and farmer incomes contributed to about 75 percent of the poverty reduction in rural areas between 2010 and 2018,” said Mr. Mghenyi.

The robust performance of agricultural value chains in Vietnam has uplifted the rural economy as farm incomes have been invested in rural sectors and created job opportunities in the rural non-farm sector.

This contrasts with Nigeria’s growth. Nigeria became self-sufficient around the 2000s, yet the yields have remained unchanged for 2-3 decades.
In Nigeria, rice has an enormous potential to create jobs, said the World Bank Representative.

Another aspect where Nigeria can seek to gain from rice production is from trade. Data suggests that imports are typically low in Nigeria though production has gone up. The production constraints for rice include the limited use of fertilizers. The demand for fertilizers exceeds available supplies.

There is also a weak delivery of extension and advisory services in addition to weak linkages to remunerative markets that can reward the adoption of costly inputs. If Nigeria improves its yields, the quality of rice will improve.

This can be achieved through research and development. In addition, farmers also must have access to rice qualities for them to upscale.
Mr. E. A. Olaleye of the Federal Ministry of Agriculture and Rural Development placed emphasis that there are productive efforts going on with the National Agriculture Seed Council.

He said that federal ministries along with the Central Bank have accomplished much through the Anchor Borrowers Program.
Though there is certainly room for improvement in rice production in Nigeria, there are achievements recorded being that in Lagos State, there was the training and sensitization of the farmer.

Lastly, under cultivation, there has been an ongoing collaboration with other states for race paddy which also encourages youth in the rice value chain.

Photo by Sandy Ravaloniaina on Unsplash