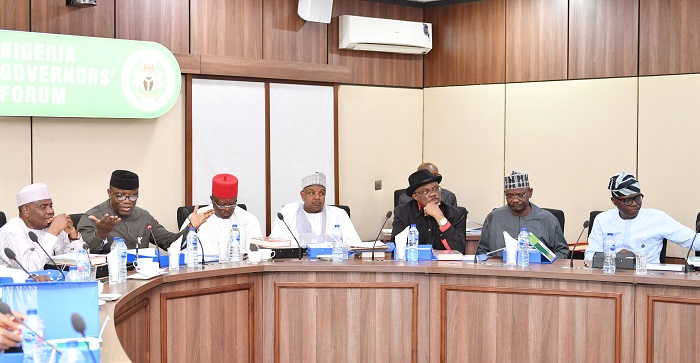 The Nigeria Governors Forum (NGF) has condemned the killing of 23 travelers in Rukuba road, Jos North Local Government Area of Plateau State. The forum in a statement said the killing had all the colourations of several others like it where locals in particular parts of the country had become inhospitable and unwelcoming to other Nigerians living in or passing through their domains.

This was contained in a statement signed by the NGF’s Head, Media and Public Affairs, Abdulrazaque Bello-Barkindo, on Sunday.

PREMIUM TIMES had reported how the police confirmed that over 20 people were killed and 14 injured during the attack on the travelers who were returning from Bauchi State on Saturday.

And at least 20 people suspected to have been involved in the attack have so far been arrested, an official said.

In the statement, the NGF said these dastardly actions of Nigeria’s once peaceful locals which have resulted in unwarranted and needless deaths diminish the people and pull the country down to the deepest recesses of the absence of civilisation.

“They also cause all kinds of reprisal killings and injurious interactions that do nobody any good.

“The Forum views with extreme disgust the horrible and thoughtless loss of precious lives and declares unequivocally that it must stop forthwith,” it stated.

Members of the Forum therefore called on the country’s security organisations to “fish out all those involved and bring them forward to face the full wrath of the law to serve as a deterrent to those who are contemplating similar action.”

The NGF insisted that no human life deserved to be wasted on any ground be it religious or ethnic, or even on the frivolous altar of mistaken identity and hope that Nigerians would desist from taking the law into their own hands so that the country could once again become a safe place for us all.

The governors also urged all aggrieved ethnic nationalities and their militia to avoid needless killings of this nature by always seeking law enforcement assistance and legal redress.