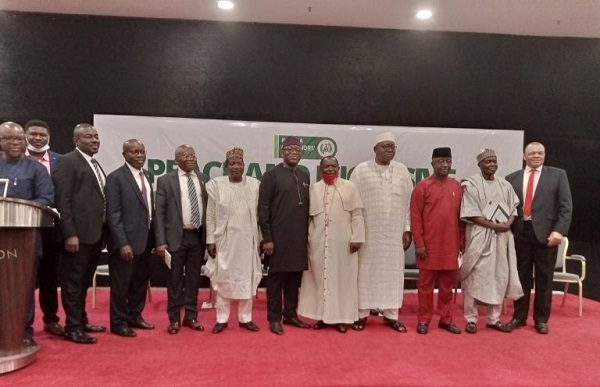 The Nigeria Governors’ Forum (NGF) has launched a Peace and Inclusive Security Initiative (PISI) to tackle insecurity, conflicts and violence in the country. The Chairman of NGF, Dr Kayode Fayemi, while launching the initiative in Abuja, said there was urgent need for consensual action on security governance.

Fayemi, who is also the governor of Ekiti, said the launch of PISI heralded an important milestone for NGF as it seeks to build a more inclusive and collaborative platform to drive an urgent country-wide response to the security challenge Nigeria was facing.

“One of the key areas where there is urgent need for consensual action today is security governance, given the escalation in the spate of violence and coordinated criminal activities that have undermined government authority and waned public trust in recent times.

“The level of insecurity across parts of the country is not only eroding citizens’ safety and peoples means of livelihood, it is also threatening the expression of the rights of all Nigerians.”

Fayemi said the security crisis had been attributed to several factors – including an oversized population and the proliferation of small arms and light weapons in the country.

He also listed rising ethnic conflicts, with different ethnic groups subsumed in conflicts and pitched against one another and mass displacement of persons from their areas of residence.

“Although the Nigerian government has intensified efforts to tackle the security and near humanitarian crisis, serious underlying socio-economic issues mean that the solution to the problem requires more than a security action.

“Unexpectedly, the COVID-19 pandemic is also changing the security landscape. Existing risks have been intensified while new risks have emerged, including rising social tensions, as we saw from the ENDSARS protests.

“The new reality has seen the rise of non-state actors such as the Eastern Security Network (ESN) the Western Nigeria Security Network—also known as Amotekun—in the South West and several groups in the South South region and other parts of the country.

“Ultimately, how well we respond to the security challenge depends on the level of collaboration between state and non-state actors.

“I believe this dialogue will help to significantly contribute to a country-wide response to the security challenges in the country among other developmental issues.

“To consolidate on the measures taken by individual state governments and regional bodies of state governors, this PISI will help establish strategic dialogues and a mechanism to stimulate collaborative responses among stakeholders on conflict and security at the Federal, state and civil society level.

“ It is a positive initiative which I am confident will strengthen the governance arrangement for security in the country.”

Fayemi said state governments were committed to the ideals of the initiative, adding that many had already begun different levels of collaborative arrangements on these concerns.

The Foreign, Commonwealth and Development Office (FCDO) said that peace and stability would be achieved when the causes of conflict in the society were managed through strong, fair and responsive governance mechanisms, whether at community, state of Federal level.

The Development Director of the Office, Chris Beecroft, in his remarks at the lunch said the use of the police and army would always be only part of the solution.

“Greater emphasis needs to be placed on reconciliation, mediation, arbitration and access to justice- all vital components of a vibrant, resilient and effective social contrast.”

Beecroft said that conflict represented an existential threat to Nigeria’s unity and its development, adding that Nigeria faced peace and security challenges.

The rise in conflict risks destabilising Nigeria’s democracy in the run-up to the 2023 elections.

“There is an active insurgency in the North East; farmer-herder conflicts are extending across the country; resource conflicts in the Delta; tension in the South-East; and banditry in the North West.

He blamed this on the injustice and impunity, as well as weak justice institutions in the country.

He called for job creation for young Nigerians for them to have a stake in a prosperous and peaceful Nigeria.

He added that “with the right commitment, dedications and support, there are solutions .”

Beecroft stated that the UK FCDO recognised the important role the NGF played in setting the peace and security agenda and in building state and community level structures and institutions to reduce violence and respond to conflict and insecurity across Nigeria.

“The UK is pleased to have been able to support this initiative and is committed to continue working with the NGF in advancing its peace and security agenda,” he said.

Former Head of State, Gen. Abdulsalami Abubakar (rtd.) in his remarks, stressed the need for inter-agency collaboration among security agencies to tackle insecurity in Nigeria.

Abubakar, Chairman of National Peace Committee, who was represented by Catholic Bishop of Sokoto Diocese, Bishop Matthew Kukah said without the collaboration, addressing the challenge would be difficult.

He said the committee was ready to work with any institution and organisation to achieve peace in Nigeria.

Farouk, who was represented by the Senior Special Adviser to the Minister, Dr Umar Bindu said the ministry was keen in job creation.

She stressed the need for Nigeria to also harness its potential in the space technology as well as verse education and research institutions to tackle insecurity.

Highlights of the occasion included the inauguration of PISI Technical Committee and panel discussion on “conflict trends and efficacy of current response to conflict and insecurity in Nigeria.”