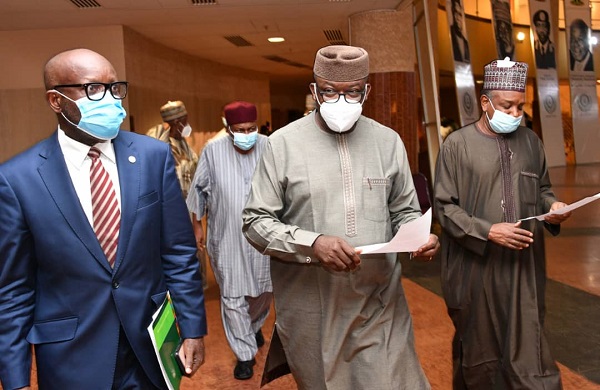 Governors of the 36 states have demanded comprehensive evaluation of the various security challenges plaguing the nation to allow for an appreciation of the scope, nature and better ways to address them. The Governors, at a meeting in Abuja on Wednesday night, expressed concerns over the seeming intractable nature of the problem of insecurity in the country.

They were particularly worried about the recent attacks of police formations and correctional institution in Imo State, and the killing of soldiers in Benue state.

The Chairman of the Nigeria Governors’ Forum (NGF) and Ekiti Governor, Kayode Fayemi, who briefed journalists on the outcome of the meeting, said NGF’s members were of the view that but for the individual initiatives by the various states governments, the security situation would have gone beyond what was currently being experienced in the country.

Fayemi said: “On security issues, members are particularly worried, following what happened in Imo State; the attack on the correctional facility and the Police Command headquarters, and successive acts of violence and insecurity across the country. Also the killings of soldiers at Benue.

“The forum has expressed its worry that it is time for us to revisit, comprehensively, the nature and depth of this security crisis, which would have gotten worse if states had not been taking the actions they’ve been taking individually and collectively.

“It is the steps taken at the state level that have managed to reduce the depth and the enormity of the security challenges.

“Nonetheless, it is still a worrisome development for us and we feel we will need a special look at the entire gamut of the security issues that we are dealing with and further engage the authorities, both at the political level and federal authorities at the security level in order to deal with these multifaceted challenges of security that we have faced,” he said.

Fayemi said the meeting also discussed issues surrounding financial autonomy for the Judiciary and Legislature at the state level and the implementation of the Executive Order 10, over which court workers have embarked on nationwide strike since Tuesday last week.

He said: “The forum has resolved on a number of issues to take forward, both with the committee responsible for legislative and judicial autonomy, of which we have members that have been representing us.

“Well, I am not at liberty to discuss the details of those positions until we’ve discussed them with those that are directly involved in them. Thank you,” Fayemi said.

READ MORE ON OUR SOCIAL MEDIA PAGES BELOW: