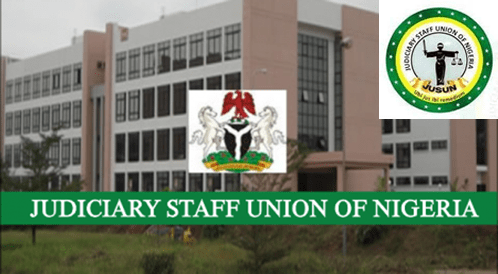 Last week, Judiciary Staff Union of Nigeria (JUSUN) embarked on strike and had gone ahead to shut down courts across the country, while Parliamentary Staff Association of Nigeria (PASAN), gave notice of strike, over failure of state governors to implement the Executive Order 10. But the governors said no court in the country has given any pronouncement on Executive Order 10. Plateau State Governor, Simon Lalong, who spoke on behalf of the state chief executives, explained that the governors do not need Order 10 to implement the financial autonomy. “The implementation of the financial autonomy was what, according to them, led to the enactment of Order 10.

He disclosed that the governors will hold a tripartite meeting with PASAN and JUSUN on the matter today to resolve the problem. “Order 10, of course, the subject is now in court, but we are not bothered about that. Instead, we are talking about the implementation of the financial autonomy. “There must be pro-cesses. For instance, as a speaker, I will tell you that you cannot do financial autonomy, until you have a service commission. You must have a service commission,” he said.