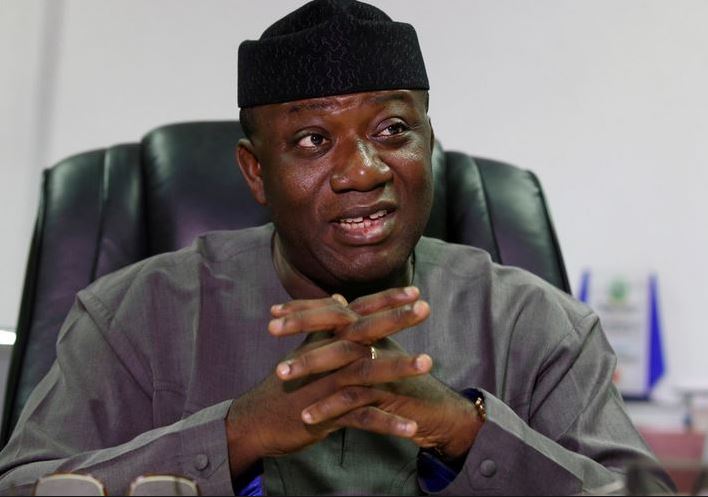 The Nigerian Governors’ Forum (NGF) Monday expressed satisfaction with the strategies deployed by the new Service Chiefs to address the current security challenges in the country. Fielding questions from State House correspondents after a meeting with President Muhammadu Buhari, NGF Chairman and Ekiti state Governor Kayode Fayemi, said governors were also impressed with the synergy among the security agencies.

He said collaboration among the Service Chiefs would lead to more successes in the fight against insurgency.

“However, precisely because there has been a change, you can see that there is also a concerted effort. Few days ago, all the Service Chiefs came together to issue a statement that they were accountable to the Chief of Defence Staff that is a very significant position to take.

“Because we know what has been the source of inter-service rivalry in our military, which also affects performance on the field yet, they are supposed to be engaged in the same war against insurgency.

“So, the fact there is unanimity and they are trying to speak with one voice, I think that is a significant step in boosting the morale of their men on the field and the effort that they are taking to go round and audit the equipment and the situation of their men, is going to help to improve the condition of the security services,” he said.

He said President Muhammadu Buhari would send a special request to the National Assembly to secure funds for the procurement of more equipment for the armed forces.

He said the president wanted an accelerated action on the request so as to fortify the armed forces in their effort to end insurgency.

The governor also spoke in the herdsmen and farmers crises in some parts of the country, saying efforts were being made to ensure farmers work on their farms without hindrances to avoid food crisis.

“We are very concerned about that and it was one of the issues that came up in my discussion with the President. For us, there’s no use giving just verbal assurances, farmers need to see concrete action on the ground, dedicated to protecting them in doing their business and that is why majority of our states are very focused on the National Livestock Transformation Plan that would at least confine those who want to graze their cattle to a dedicated space rather than roaming around and destroying crops, leading to conflicts.

“But before that comes to fruition, on a state-by-state basis, we are all working hard and we need a wider strategy to enable us achieve food security because if we don’t make concerted efforts, we will definitely end up with food shortage in the country,” he said.

In a related development, the Minister of Defence, Major-General Bashir Salihi Magashi (retd), has said Nigerian military has keyed into the dynamic global approach in combating violent extremism in the various theatres of operations in the country.

A statement by the Special Assistant to the Minister on Media and Publicity Monday, Magashi stated this when the British Minister for Armed Forces, James Heappe, paid him a courtesy call at the Ministry of Defence Headquarters Abuja.

He expressed the federal government’s appreciation of support from the British government in building capacity and capabilities of the nation’s Armed Forces to be combat ready in dealing with threats by violent extremists.

While tracing the historical linkage between UK and Nigeria, he said the military bilateral cooperation between the two countries should be taken to higher pedestal especially now that the nation hinges towards ending terrorism, banditry and kidnapping.

The minister outlined specific and special areas of interventions by the UK that would impact meaningfully on the nation’s aggressive and decisive march to final victory over the adversaries threatening Nigeria’s national sovereignty and integrity.

Earlier, Mr Heappe had eulogised the Nigerian government’s efforts at maintaining the sanctity and integrity of the country.

He pledged continued support of the UK government in the areas of training, intelligence sharing as well as technical and tactical inputs to end all forms of threats on land and at sea in the Gulf of Guinea to decisively deal with piracy.

By Abdullahi M. Gulloma and Benjamin Samson,
The BluePrint