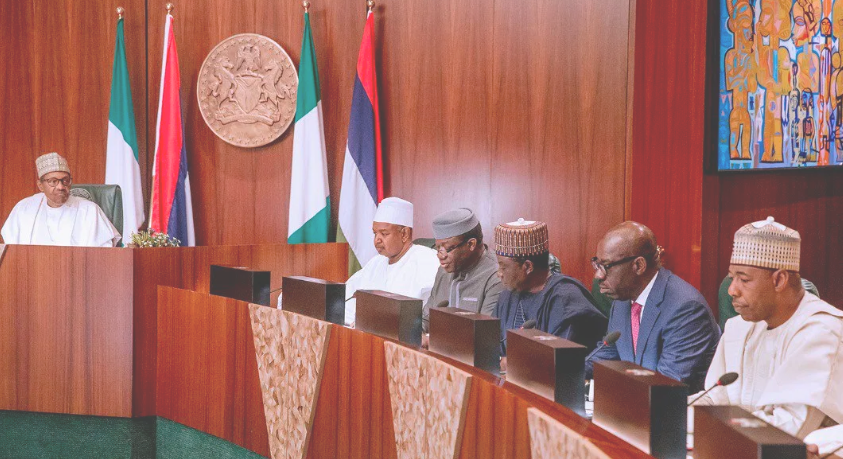 Houses of Assembly across the federation have expressed frustration over the refusal of governors to obey constitutional provisions regarding the financial autonomy granted them.

To that extent, the lawmakers rushed to Abuja to seek the intervention of President Muhammadu Buhari.

Specifically, they begged President of the Senate, Ahmad Lawan, to prevail on Buhari to issue an executive order to compel the governors to comply with the Financial Autonomy Provision in the constitution.

The request by the lawmakers showed that promises by the Federal Government to assert the independence of the legislature in the 36 states are yet to be affected.

After signing the constitutional amendment that granted financial autonomy to the legislature at the state level last year, Buhari set up a Presidential Implementation Committee (PIC) on the autonomy of state legislature and judiciary, chaired by the Minister of Justice and Attorney General of the Federation (AGF), Abubakar Malami.

Leader of the delegation and Speaker, Delta State House of Assembly, Sheriff Oborevwori, expressed concern that the state chief executives were yet to give teeth to the issue of the financial autonomy of the state legislature.

He urged Lawan to help them take the matter up with the president.

Responding to the request, Lawan assured them that he would approach the matter on their behalf, through the Nigerian Governors’ Forum (NGF).

He, however, reminded the lawmakers that the question of executive order would not be necessary because their request was a constitutional matter, which should be complied with by the state authorities.

Meanwhile, in his earlier statement to the group, Lawan called for synergy between the National Assembly and Houses of Assembly in the discharge of their statutory responsibilities to the people.

Lawan said the Assemblies at both state and national levels should continue to exchange ideas on how to support each other.
“This kind of visit should be very often,” Lawan told his guests. We should have more and deeper frequent engagements between the National Assembly and the State Houses of Assembly.

“We need to be talking. We need to be engaging ourselves because there are certain things that we have to do together especially the constitutional amendment in which National Assembly takes the lead but the State Houses of Assembly will continue to have to play their roles as well. So we should not wait to be thirsty before we dig a well. We should always be proactive,” Lawan said.

Lawan noted that there were certain legislations that required some domestication or replication at the state level because “even if we implement them at this (national) level and the states have not bought into it, it is going to have very limited success.”

The President of the Senate also encouraged the speakers at the State Houses of Assembly to have cordial working relationship with their respective Executive without necessarily compromising their independence.

“We should work on relationship that is based on mutual respect for the Executive and the Legislature whether at the national level or at the state level.

“We should have a relationship that is characterized by consultations and partnerships. Once we are able to establish that relationship either at the state or national level, we benefit immensely.

“It does not help anyone when the relationship is largely characterized by rancour, animosity, suspicion and unwarranted fight between the two arms of government,” said said.

Lawan said that his understanding of the relationship between the Executive and the Legislature is that of interdependence, saying that the two arms of government need each other and neither of them could do without the other.

“So without allowing yourselves to be subjugated, you still must ensure that you work together with the Executive arm of government in your states to produce legislation that will change the lives of the people,” he stated.

By Azimazi Momoh Jimoh,
The Guardian