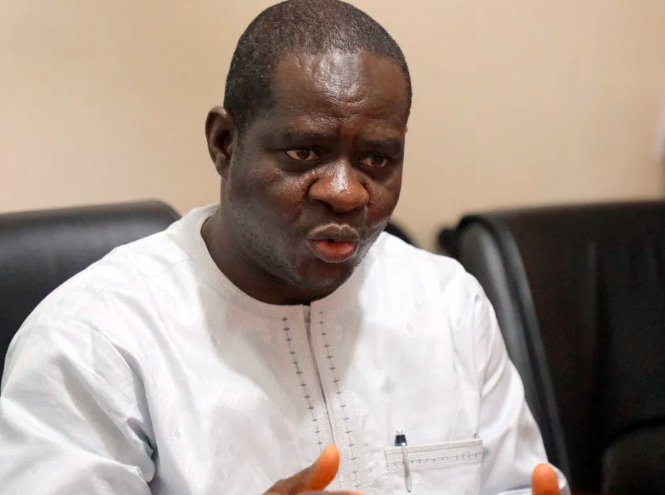 The Editor-in-Chief of PREMIUM TIMES, Musikilu Mojeed, has urged Nigerian journalists to adopt Solution Journalism as a means to check abuse of office by public officials.

He said investigative journalism is not all about the prosecution and jailing of government officials who have enriched themselves with public funds.

Mr Mojeed spoke on Thursday in Abuja at a two-day training for journalists on Budget Tracking and Data-Driven Journalism organised by the Nigerian Governors Forum (NGF). He said journalists should use their position to also report good stories on organisations that have done well.

He said, ”I like to make this point, people always think that investigative journalism is about just exposing, and shaming public officials. That is not what journalism is all about.”

”For instance, if there is a state or government organisation in Nigeria that is doing excellently well in agriculture or even budget, we can report it. Solution journalism is a form of investigative journalism.

”Where you show an example and people elsewhere can learn from this example to better the lives of their own people,” Mr Mojeed explained.

Solutions stories, anchored on credible evidence, explain how and why responses are working, or not working.

It also focuses not just on what may be working, but how and why it appears to be working, or alternatively, why it may be stumbling.

Duty to Investigate
Mr Mojeed who anchored the topic ”Interface of Accountability, Journalism and Good Governance,” said the official duty of a journalist is to hold government officials accountable.

”The constitution of Nigeria is very clear about the role of the media and indeed what investigative journalism should be in upholding accountability and transparency in the society.

”The media is in the best position to deliver on this mandate if they consistently carry out investigative journalism, exposing all forms of corruption in public and private sectors and highlighting and celebrating best practices of officials and institutions.

”The media must commit more resources for the training of their reporters on investigative and data journalism.

”The expectation after this training is that we all become more ‘troublesome’ reporters; it means you have gained more knowledge to hold government officials accountable.”

Journalism to Fight Corruption
He also called on journalists to use investigative journalism to bring allegations of corruption to light.

”In Nigeria and elsewhere, journalism has been a potent force in the fight against corruption and infuses accountability and good governance, helping to trigger an investigation, prosecution, a sack, and even impeachment.

“When a society has an excellent tradition of journalism, public officials and organisation are less likely to be less corrupt,” he said.

He urged journalists to also push for investigative impact stories, as well as liaising with CSO’s ”whose primary responsibility is to pressure the government to take action.”

“Professionalise the profession
In his remarks, the Director-General, Nigeria Governors Forum, Asishana Okauru, said professionalism must be infused in Nigerian journalism.

“We need to meet to professionalise your profession, we need credibility. We need to understand the risks journalists take every day, it’s as risky as the police officer. But you need to be sure before you send anything out there,” he said.