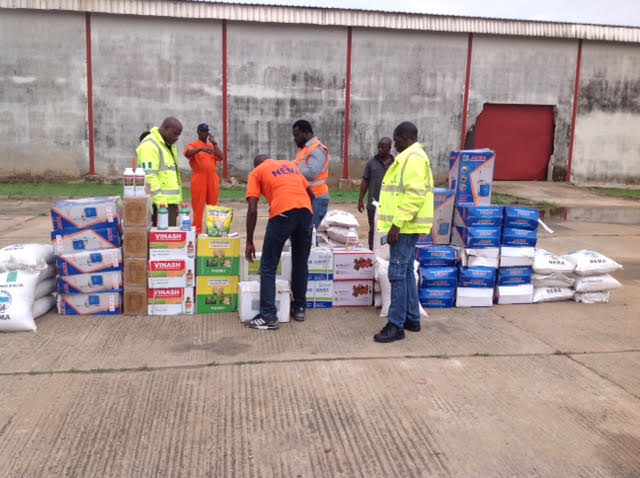 The National Emergency Management Agency (NEMA) has commenced the distribution of seedlings and other agro inputs to farmers who were affected by the 2018 flood in Benue State.

Benue State Governor, Samuel Ortom while flagging off the distribution in Makurdi, on Wednesday, thanked the federal government for providing succor for flood victims and those who were affected by the framer herders cruises in the state.

Represented by by Deputy, Engr. Benson Abounu, the governor warned against the any diversion of the inputs adding that only those enumerated would benefit.

“It is not game as usual. This farm inputs must reach to the direct victims and only those earlier registered would benefit from it.”

Speaking earlier, NEMA’s Zonal Coordinator, (North Central), Mr Eugene Nyelong disclosed that a total of 9,113 affected farmers who were enumerated would benefit from the program.

Nyelong who doubles as the Supervisor, Flood in charge of Benue for the agency explained that all the farmers who were affected by the 2018 flood across the 23 local government areas of the state would be given the seedlings and inputs.

Responding on behalf of the beneficiaries, Mr Christopher Asema commended the Federal Government and NEMA for coming to their aid and promised that the seedlings would be put to judicious use.