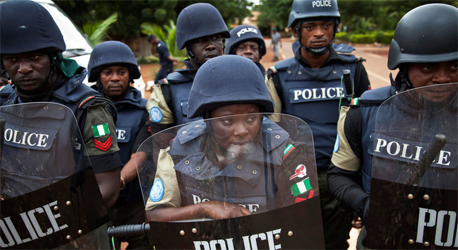 One of the issues that have continued to dominate national discourse, no doubt, is whether or not to establish state police.

The debate has lingered over the years and featured prominently at the 2014 National Conference.

The spate of kidnapping, banditry, insurgency, among other security challenges, and the seeming inability of the security agencies to contain these vices have continued to buoy the debate.

Ipso facto, the viability or otherwise of state police in Nigeria cannot be judiciously x-rayed without examining the provisions of the Nigerian Constitution.

Section 214 of the 1999 Constitution provides inter alia: “There shall be a police force for Nigeria, which shall be known as the Nigeria Police Force, and subject to the provisions of this section, no other police force shall be established for the Federation or any part thereof.

“Subject to the provisions of this Constitution – The Nigeria Police Force shall be organised and administered in accordance with such provisions as may be prescribed by an act of the National Assembly.

From the foregoing, it is evident that the issue of state police goes beyond executive fiat or pronouncement.

Just recently, the Presidential Panel on Reform of the Special Anti-Robbery Squad (SARS) of the Nigeria Police Force, recommended among other things the establishment of state and local government police.

The panel also recommended the dismissal of 37 police officers and 24 for prosecution.

Buhari, had on Aug. 14, 2018 directed NHRC to constitute a Special Panel to investigate allegations of human rights violations and abuse of office against SARS and the Nigeria Police Force.

The panel was also mandated to recommend the reform or restructuring among other appropriate recommendations to improve public safety and security in the country.

Ojukwu said that the panel was accordingly constituted and comprised representatives of relevant institutions.

He said that the panel called for and received 113 complaints on alleged human rights violations from across the country and 22 memoranda on suggestions on how to reform and restructure SARS and the Nigeria Police in general.

Ojukwu said that the panel sat in the six geo-political zones of the country to afford complainants and the police the opportunity to present and defend the allegations.

“At the end of its public hearing and having listened to complaints as well as
defendants and their counsel, the panel recommended thirty seven (37) police officers for dismissal from the force.’’

He listed some of the other key recommendations of the panel to include: “Signiﬁcant improvement in the funding, kitting and facilities of the Nigeria Police Force; strengthening Information and Communication Technology of the Force.

“Establishment of state and local government police; institutionalising a Special Investigation Panel to annually hear and determine complaints on alleged human rights violations against operations of the Nigeria Police Force;

“Strengthening the Police Rapid Response Complaints Unit of the Nigeria Police and other internal complaints mechanisms of the force to make them more responsive,’’ he said.

Buhari, while receiving the report, said the panel was constituted as a result of public outcry and various media reports on allegations of human rights violations perpetrated by officers and men of SARS.

He said that reforming the Nigeria Police Force in line with Nigeria’s laws and international best practices had been one of the major policies of the administration.

“It is in recognition of our obligations under the Constitution of the Federal Republic of Nigeria and International Human Rights Laws, that this administration decided to set up this Presidential Panel, and directed the National Human Rights Commission (NHRC) to constitute its membership in order to investigate the various public outcries and media reports alleging human rights violations against citizens by officers of SARS.

“I want to thank the panel once more, and hereby direct that since the recommendations of the commission that constituted the panel are enforceable as decisions of the court, that the Inspector-General of Police and the Solicitor General of the Federation/Permanent Secretary, Federal Ministry of Justice, should meet with the commission to work out the modalities for the implementation of the report within three months from today,’’ Buhari said.

Nonetheless, the Nigeria Governors’ Forum (NGF) says it has yet to take a position on the issue of state police.

The forum’s Chairman, Gov. Kayode Fayemi of Ekiti said that each state had its own peculiar security challenge that needed a suitable policing arrangement.

“The position of NGF on that is that we have not taken a position because experiences vary.

“There are governors and states where their experience does not necessarily lend itself to a more devolved policing arrangement to the states.

“But there are also states where there are agitations for this and their own governors too have a view that will work better in such states.

“Of course, there are economic issues relating to that; do we have the capacity at the state level to fund state police?

“Those are issues that will come into play when we get to the National Economic Council (NEC) meeting that has been called,’’ he said.

Sharing his own sentiment, the immediate past Deputy President of the Senate, Ike Ekweremadu, called on Buhari to “throw his weight behind the creation of state police” as a panacea to rising security concerns in the country.

The lawmaker spoke at the opening of a two-day conference on the Implementation of the Autonomy of State Legislature and State Judiciary.

Ekweremadu blamed the rising security challenges on the unitary police system prescribed by the constitution, noting that the best option was not to run away from decentralised policing.

He added that the best option was to ensure appropriate checks in terms of recruitment, appointment of police chiefs, control, logistics, funding, among others, to guide against possible abuse by state governors.

On his part, a retired Commissioner of Police, Alhaji Abubakar Tsav, said that Nigeria was not yet civilised and mature for states to operate their own police systems.

He said that he was not against establishment of state police in the future, but said that currently, activities of some politicians, including governors, suggested that the country was not mature enough for such arrangement.

“The establishment of state and local government police now, which requires amendment of the constitution, is inviting anarchy. We are not yet ready for such arrangement.

“As I always say, state and local government police is desirable in Nigeria, to bring policing to the people at the grassroots, but we are not politically mature enough to have such arrangement in Nigeria.

“We have many modern `Pharaohs’ among our politicians and governors who may use state and local government police to harass and intimidate their political opponents,” he said.

More so, the Police Community Relations Committee (PCRC) in Nigeria warned against the establishment of state police as panacea for the rising spate of insecurity and banditry in the country.

Alhaji Ibrahim Olaniyan, the National Vice Chairman, South-West of PCRC, said that PCRC was opposed to the establishment of state police because it would only cause more harm than good to the security situation in the country.

He argued that the federal police remained the best to fight crime and improve on the electoral system, unlike the state police “being desperately canvassed by politicians”.

By most accounts, state police has its own pros and cons; however, the crux of the matter lies on the National Assembly.

In policing a large and complex country like Nigeria with manifold security challenges, “all i’s need to be dotted, and all t’s crossed.’’ (NANFeatures)